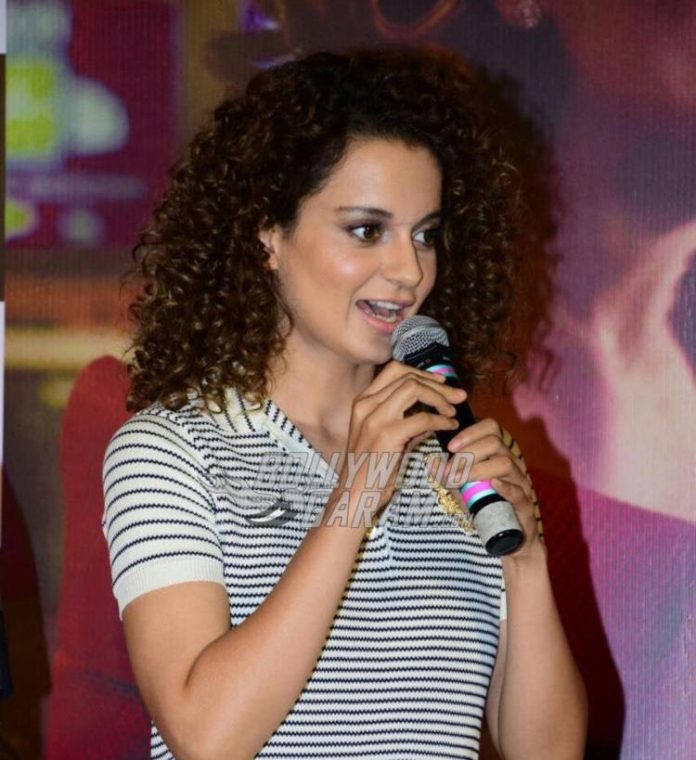 Trailer of the upcoming film Simran had given an idea that Kangana is all set for another award winning performance. The makers of the film have dropped a song Lagdi Hai Thaai which is a peppy party number. The upcoming film is directed by Hansal Mehta and might mark the best performance of Kangana till date.

Ranaut will be seen playing the role of a divorcee, Praful Patel, who has not stopped trying to find a better partner in life. The song has shown Kangana enjoying her life to the fullest as she dances her heart out.

The song is sung by Guru Randhawa and Jonita Gandhi, written by Vayu and is composed by Sachin – Jigar. The song has been released under the label of T-Series. The film also stars Mark Justice, Esha Tiwari, Pande, Soham Shah, Aneesha Joshi and others. Simran is jointly produced by Bhushan Kumar, Krishan Kumar, Shailesh R. Singh and Amit Agarwal.

Apart from Simran, Kangana Ranaut is also preparing for the upcoming film Manikarnika – The Queen of Jhansi. The film is a biopic on the queen Rani Laxmi Bai and Kangana will be playing the lead. The actress while shooting a fight sequence in the film had got severely injured and received a deep cut on her forehead.