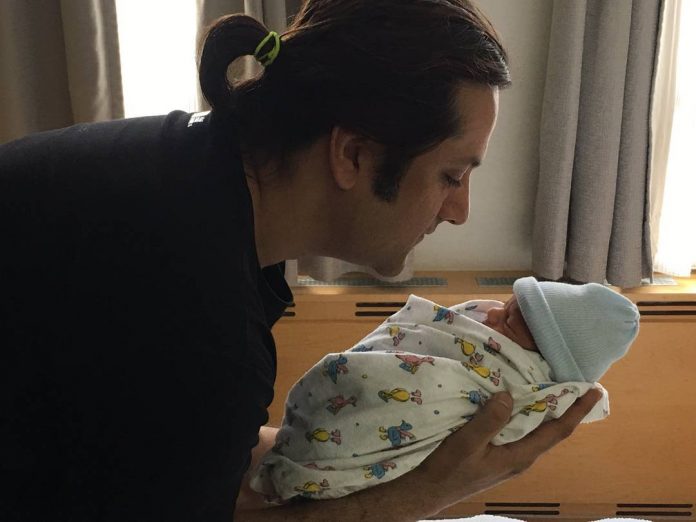 Actor Fardeen Khan and wife Natasha Madhvani are now parents to a baby boy. The Bollywood couple are already parents to a daughter, Diani and have now welcomed their second child, a son, born on August 11, 2017. The news was shared by Fardeen through his Twitter account.

The Janasheen actor wrote, “We are overjoyed to announce the birth of our son Azarius Fardeen Khan who was born on the 11th of August 2017.” A while later Fardeen posted the first picture of his son and wrote, “Thank you for the congratulatory messages and wishes. Our best to all of you as well. Diani, Natasha & FK.”

The picture has shown Fardeen holding his tiny baby boy, wrapped in a baby wrap with a blue beanie while the actor stares at his son with his hair tied in a pony. Fardeen and Natasha got married in 2005 and they have a daughter Diani Isabella, who was born in 2013. The actor has been away from Bollywood in recent times.

Fardeen was last seen in the film Dulha Mil Gaya in 2010. The actor was recently in news when a picture of an overweight Fardeen had surfaced on the internet. Several fans of the actor had criticized him for the weight that he had put on.