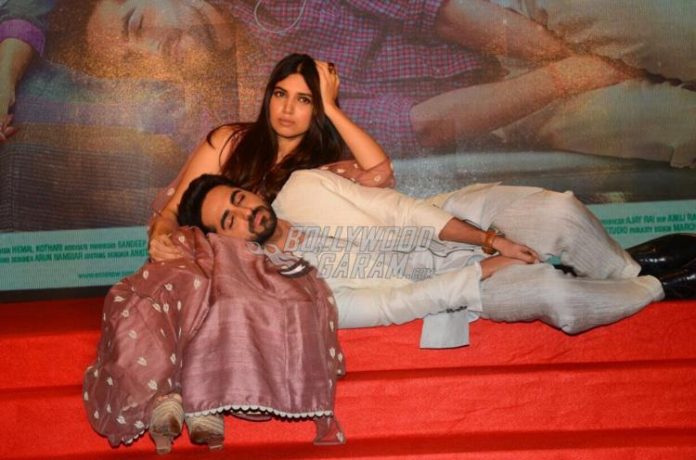 A new track from the film, Shubh Mangal Saavdhan has been released. The song Laddoo features the romantic journey between the lead actors, Ayushmann Khurrana and Bhumi Pednekar. The character Mudit, played by Ayushmann, suffers from the problem of erectile dysfunction and the video of the song shows how Mudit struggles to find a solution for the problem.

The song is sung by Mika Singh and is written and composed by Tanishk – Vayu. Ayushmann shared the song on his Twitter account and wrote, “#LaddooSong by @MikaSingh, @tanishkbagchi & @purevayu is out there to win your hearts with it’s sweetness!?❤@psbhumi.”

The film is the remake of the Tamil film, Kalyana Samayal Saadham, which narrates the story of a big, fat south Indian wedding with a twist. Shubh Mangal Saavdhan will see Ayushmann and Bhumi share the screen space for the second time after Dum Laga ke Haisha. The onscreen chemistry between the actors in Dum Laga ke Haisha was noteworthy and now all eyes are set on Shubh Mangal Saavdhan with plenty of expectations.