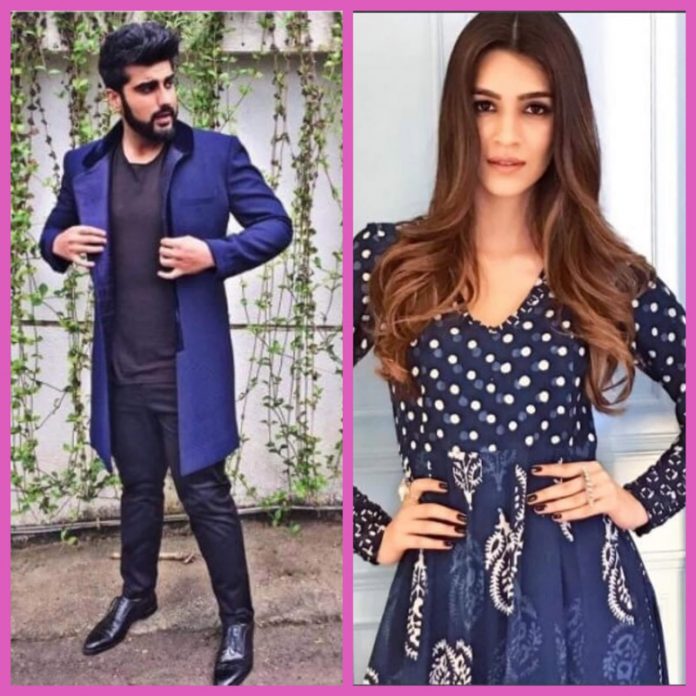 In a first, actors Arjun Kapoor and Kriti Sanon are speculated to come together for Farzi

Fresh from garnering reviews and box office collections from their recent releases, Mubarakan and Bareilly Ki Barfi respectively, Arjun Kapoor and Kriti Sanon will reportedly come together for the first time for a movie called Farzi that has been in its planning and scripting stage since three years now.

Filmmakers Raj Nidimoru and Krishna DK who have directed the upcoming action film, A Gentleman starring Jacqueline Fernandez and Siddharth Malhotra and are now busy with its promotions, are the ones behind Farzi. Seems the filmmakers can’t get enough of pairing fresh B-Town jodis!

Earlier there were speculations that Shahid Kapoor will play the male lead in Farzi. Sanon, however, was associated with the movie since its directors showed interest in making this movie back in 2014. If latest reports from Mumbai Mirror are to be believed, the director duo’s talks with Arjun Kapoor on playing the hero in the movie are in the final stages and he is “on-board the project.”

The leading daily quoted a source close to the project saying, “Arjun and the directors have had three meetings to discuss the film in the last one month and recently discussed the script too. The actor is yet to sign on the dotted line but will be on board soon.” Raj further added to it while speaking to the daily, saying, “We have been super busy with A Gentleman, so we haven’t had time to sit on Farzi yet. We should get to it early next month.”

DNA reports that an industry insider has revealed, “The film was initially being planned with Shahid Kapoor and Kriti Sanon. After Shahid walked out, Arjun was approached for the film, but the film was put on the backburner. The makers have decided to revive the script with a few changes to the plot.”

The film was ideally supposed to go on floors starting November 2014 with Shahid and Kriti in the lead, however, Shahid’s wedding plans and other films like Udta Punjab and Shaandaar reportedly did not let him plan his dates for Farzi and now there are chances of him being replaced by Arjun. The film will also feature seasoned actor, Nawazuddin Siddiqui and hopefully will go on floors soon.

The director duo also have other projects like the Go Goa Gone‘s sequel in their kitty. Go Goa Gone that was released in 2013 starred Saif Ali Khan, Vir Das and Kunal Kemmu in lead roles.