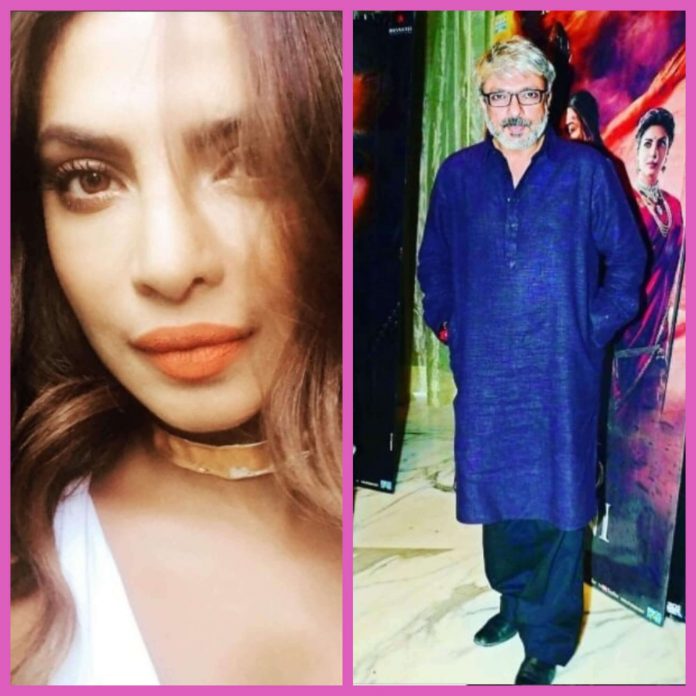 Speculations are rife that Priyanka Chopra has backed out of her until now confirmed upcoming Bollywood movie with Sanjay Leela Bhansali, Gustakhiyan.

Back in June 2017, news was confirmed that Priyanka Chopra would be seen paired opposite Irrfan Khan in her next Bollywood film, Gustakhiyan produced by Sanjay Leela Bhansali where Chopra would be playing the role of author and poet Amrita Pritam, renowned lyricist, Sadhir Ludhianvi’s lover.

Read about the time when Priyanka Chopra was confirmed for Gustakhiyan

However, if latest reports are to be believed, Chopra has however walked out of the film, citing unknown reasons. Meanwhile, Irrfan Khan has also been rumored to be replaced with actor Abhishek Bachchan.

Going by the reports of a leading daily, a source close to the film has been quoted saying, “With Priyanka stepping down, Sanjay (Leela Bhansali) is now scouting for other options. They have decided to approach two other big A-listers but this time, Sanjay doesn’t want any news to be out till he confirms his leading lady.”

If Chopra and Khan would have worked in Gustakhiyan, this would have been one spectacular and sizzling duo to look out for as their raw chemistry in their previous flick together, Saat Khoon Maaf was much appraised and appealed to the masses. Not to mention the fact that this would have been counted as a major Bollywood comeback film for Chopra, given her successful stint in Hollywood with her TV series, Quantico for which she has also won the People’s Choice Award and her recent release, Baywatch along with Dwayne “The Rock” Johnson.

With Gustakhiyan, movie buffs were expecting to see Chopra and Khan pair together again and offer some powerful performances that would sizzle the screen. However, seems like Chopra’s fans back home would have to wait longer for her big comeback in Bollywood and to witness her acting chops in a Hindi film once again.

Sanjay Leela Bhansali, meanwhile, is busy with his upcoming movie, Padmavati where Deepika Padukone plays the legendary queen, Padmavati and Ranveer Singh dons the character of Allauddin Khilji. Shahid Kapoor is also a part of the film and will perform the role of Raja Rawal Ratan Singh.

Chopra, on the other hand is prepping for her roles in the Hollywood movies, ‘A Kid Like Jake’ and ‘Isn’t It Romantic’ and is in Mumbai currently.