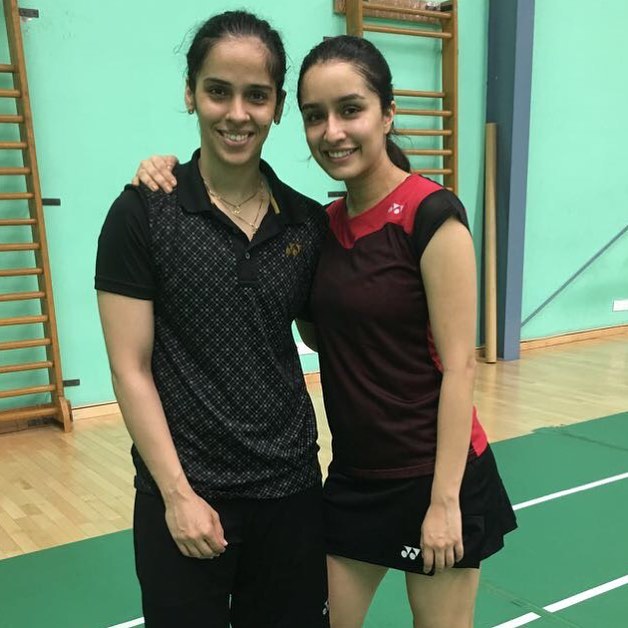 Shraddha Kapoor will be soon seen in the role of Saina Nehwal, the ace badminton player of India

Shraddha Kapoor is one of the most popular actresses in the industry. The actress has started training for her upcoming biopic on the ace badminton player Saina Nehwal. The Badminton player shared a picture of her with the actress who is now training under Saina and her coach Pullela Gopichand.

Saina captioned the picture, “Today’s badminton practice session … Gopi sir, @ShraddhaKapoor and me #Biopic”. The upcoming film Saina will be directed by Amol Gupte, who has earlier directed some of the movies like Stanley Ka Dabba and Hawa Hawaai.

The film went under production in 2016 and the trailer has left the audience wanting for more. It will be interesting to see Shraddha shedding her girl-next-door look in Haseena Parkar and taking up the role of a middle aged woman.