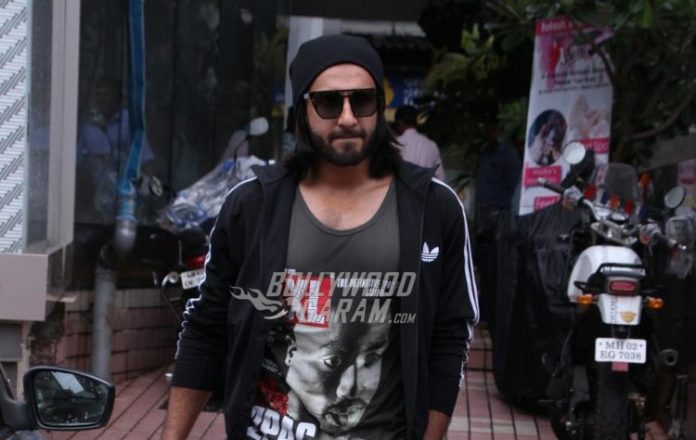 Bollywood filmmakers have been more inclined towards biopics these days. After Mary Kom, Milkha Singh, M.S. Dhoni, Haseena Parkar, Azharuddin, Neerja and Sarabjit , former Indian cricketer Kapil Dev’s story will be narrated in a film. Indian actor Ranveer Singh has been roped in to play the role of Kapil Dev.

The story of the film will be around the 1983 Cricket World Cup which was claimed by the Indian cricket team. The news has been confirmed by filmmaker Kabir Khan, who spoke to a leading news agency and said, “It’s great to have Ranveer come on board to play Kapil Dev, as honestly I could see no one else for the role, ever since I started finalising the script”. Dev had been the captain of the Indian cricket team which won the 1983 World Cup.

Khan added that the Kapil Dev biopic is one of the most exciting projects that he has worked on. The biopic on the legendary cricketer will be backed by Vishnu Vardhan Induri of Vibri Media who is also the founder of CCL. Phantom Films is also one of the producers of the film. Reports quoted Induri saying that Ranveer would fit in perfectly in the role of Kapil with his intense energy and passion. Filmmaker Vikramaditya Motwave is also one of the stakeholders of Phantom Films and reportedly said that he is delighted to make a biopic on Kapil Dev.

The film is expected to go on floors in 2018. Singh is certainly one of the busiest actors in Bollywood as he is also working on the upcoming films Padmavati and Raazi opposite Alia Bhatt. Padmavati will see Ranveer Singh play the role of Alauddin Khilji that also stars Shahid Kapoor as Raja Rawal Ratan Singh and Deepika Padukone as Rani Padmavati. The film is expected to be released in theatres on December 1, 2017.