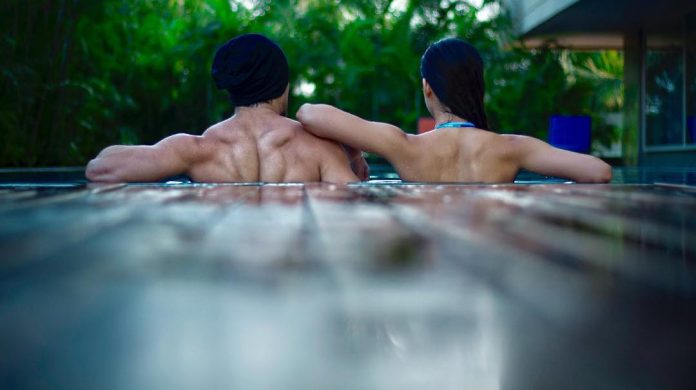 It will be a new jodi this time for Baaghi sequel, Baaghi 2 helmed by Ahmed Khan

Tiger Shroff and Disha Patani are all set to be seen in the upcoming film Baaghi 2. The actors recently wrapped the first schedule of the film and Tiger shared a cool picture on his Instagram account. The picture has shown Tiger and Disha soaking themselves in a pool while they show their backs.

The image was captioned, “And its a wrap schedule 1! #baaghi2 #sajidnadiadwala @khan_ahmedasas @dishapatani @nadiadwalagrandson @wardakhannadiadwala” The sequel of Baaghi went on floors on producer Sajid Nadiadwala’s son’s birthday and the makers have already finished the first schedule.

The film is directed by choreographer-turned-director Ahmed Khan and is expected to be released in theatres on April 27, 2018. This will be the first time Tiger and Disha will be seen sharing the screen space. The actors had also worked together for the music video with the title Befikra.

The earlier film Baaghi had Tiger in the lead role opposite Shraddha Kapoor. The film did an average business at the box office and the sequel is expected to be even better. For the second part, Tiger has reportedly shaved off his head while sacrificing his much-loved hair. The sequel is expected to be doubly packed with action and the audience is surely looking forward towards a fresh pair.