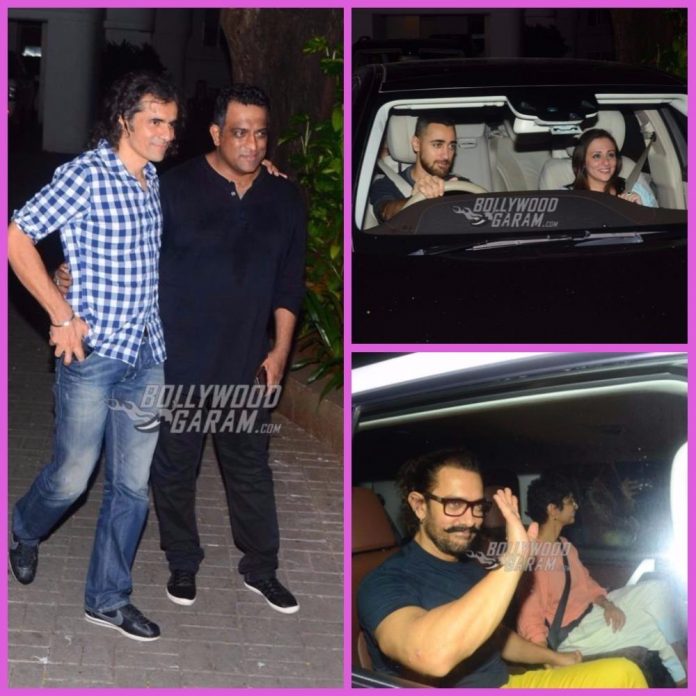 Filmmaker Rajkumar Hirani too came to wish Ranbir. The director and actor duo are currently working on the upcoming Sanjay Dutt biopic in which Ranbir will be seen stepping in to the shoes of Sanjay Dutt. Hirani in a recent interview with a leading daily was all praises for Ranbir and said, “The only thing I can say is Ranbir, who is depicting Sanjay Dutt from the age of 20 to 55, has a lot of different get-ups. He has to wake up at 3 AM and then has to sit patiently for 5 hours for his make-up and then work rigorously for 12 hours.”

The filmmaker added that Ranbir never came late to the sets and never complained about anything or made excuses to leave from work. The actor was last seen in the film Jagga Jasoos which was one of the most ambitious projects of Anurag Basu, but failed to impress the audience and the critics. The film also starred Katrina Kaif and Kiran Srinivas and was jointly produced by Ranbir, Siddharth Roy Kapur and Anurag Basu.

Exclusive photos of Ranbir Kapoor and friends from the industry at his birthday bash!