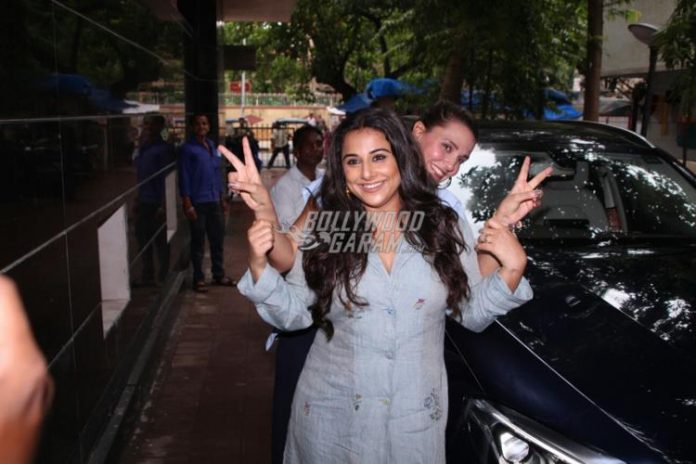 Vidya Balan is known for being one of the most powerful actresses in Bollywood. The actress is often busy shuttling between work and home. The Begum Jaan actress recently met with a minor accident in Mumbai. Vidya was on her way to a meeting while another car rammed in to her car which resulted in some damage. However, no one was injured in the incident.

Reports from a leading daily mentioned that there were no injuries and that it was a minor accident which led to car damage. On the work front, the actress is gearing up for the release of the upcoming film Tumhari Sulu, in which she will be seen playing the role of a night radio jockey. Vidya in a recent interview talked about her character and said, “Sulu is like that nimbu (lemon)… you add nimbu for taste or then add it to balance taste; zesty and versatile! I think she will unleash my naughty side.”

The film is directed by Suresh Triveni and is produced under the banners of T-Series and Ellipse Entertainment. Tumhari Sulu also stars Neha Dhupia, Malishka and Manav Kaul and is ready to be released in theatres on November 24, 2017. The trailers and posters of the film have already become popular among the audience.