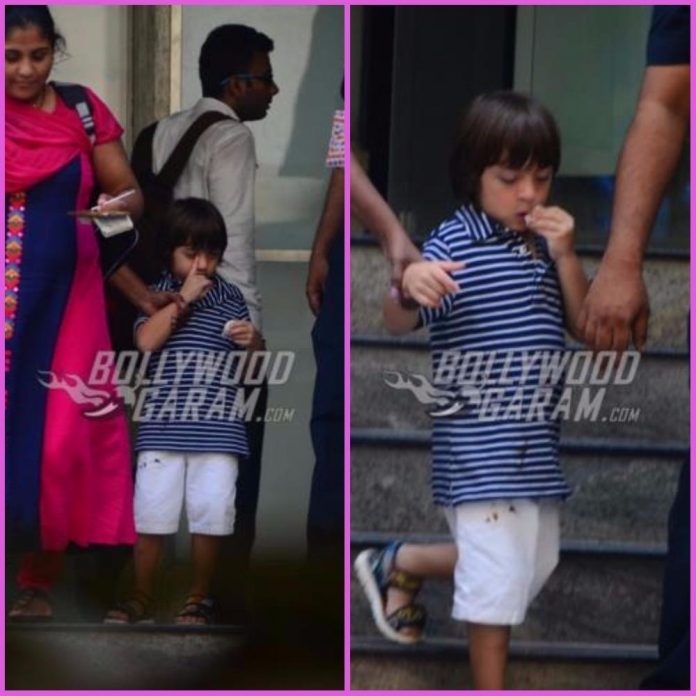 Star kids are often the favourite of the paparazzi and even the kids usually enjoy the attention that they get from the cameras. Shah Rukh Khan’s youngest son AbRam was snapped outside his school in Mumbai on October 4, 2017. The little one was seen coming out with his nanny and was dressed in a cool striped t-shirt and white shorts.

Shah Rukh Khan’s son was also seen adorably wiping his face with a tissue. The little one was recently seen at mom Gauri Khan’s store in Mumbai when Nita Ambani had dropped in for a visit. Shah Rukh in a candid interview with a leading daily talked about son AbRam and said, “Aryan always wanted to be on his own and Suhana is a little shy. But AbRam is a very outgoing and a happy kind of kid.”

The actor was last seen in the film Jab Harry Met Sejal which also starred Anushka Sharma. Shah Rukh is currently filming for an upcoming project by Anand L Rai which is yet to be titled.