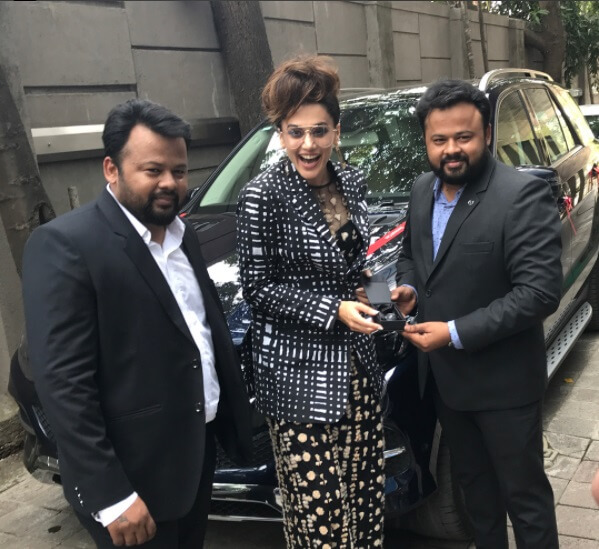 Now the actress delivered another successful film with Judwaa 2 which also stars Varun Dhawan and Jacqueline Fernandez. The film has proven itself as successful as it inches towards the Rs. 100 crore mark. After the success of the David Dhawan film, the actress gifted herself a brand new luxury car and took to her Instagram account to share the joy.

The actress has posted a picture in which has shown a sparkling blue car while she rests on its bonnet. Taapsee wrote, “Let’s welcome the new member in our family ‘Margaret’ you beauty! #GiftYourself #BlueEyedBeauty.” The Pink actress recently talked about Judwaa 2 in an exclusive interview to a leading website and said, “The only challenging thing in the movie was to get into the shape, be glamorous and stand next to Varun and Jacqueline. That was the biggest challenge for me because people have seen them doing those glamorous roles before but haven’t seen me”.

The actress also talked about her experience of working with Varun Dhawan and said that his energy is really good and is always positive on the sets. Taapsee Pannu added that the equation between the three of them was great.