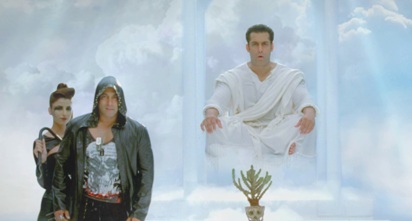 BollywoodGaram.com: The much-awaited season 7 of the Indian reality show ‘Bigg Boss’ is all set to premiere on September 15, 2013. Every year, the makers have tried to bring a different concept to the audience and this year is no exception. In 2013, the theme of “heaven and hell” has been presented, which has been depicted in the show’s promos starring Salman Khan.

As the promos suggest, Salman will be the host of this year’s edition too and the show will be aired every Saturday and Sunday at 9 pm. Usually, the show has 14 celebrities from the field of music, films, sports and politics, which makes it interesting for the audience to watch, as they are locked inside for three months, with no contact with the outer world.