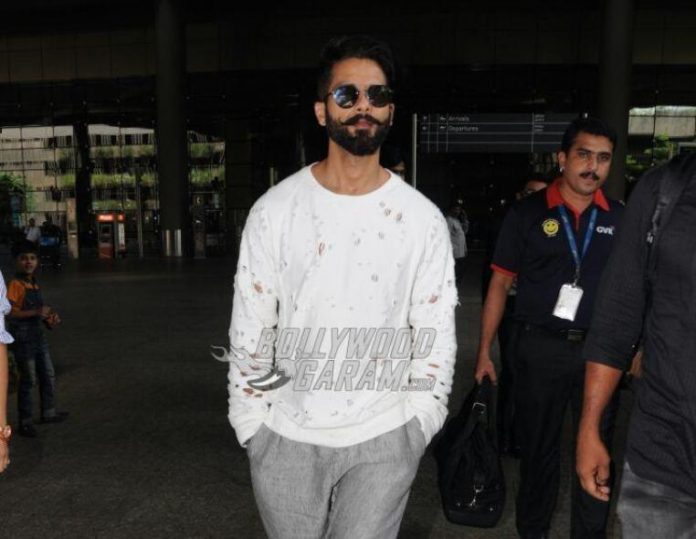 Shahid Kapoor recently released his look in the film Padmavati, a movie that has grabbed eyeballs since some time now

Shahid Kapoor, who is in news these days for his upcoming film Padmavati, is reportedly not satisfied by the trailer of the Sanjay Leela Bhansali-helmed flick. While the trailer of the film was appreciated by the entire film fraternity, Shahid seemed to be a bit disappointed. Shahid who plays the role of Maharana Rawal Ratan Singh said that he thinks that the role has been underplayed in the trailer.

The Jab We Met actor has indeed worked hard for the role in terms of building a good physique and feels that the film has a lot more to offer. Shahid said, “You have to wait for the film to discover the role. Picture abhi baaki hai mere dost”. The Mausam actor also clarified that he trusts director Bhansali and his decisions and added, “Those are not my choices; those are the choices of the filmmaker. I have given the film my 200 per cent”.

The Haider actor also criticized the protests against the film and the incident when the rangoli of Deepika Padukone as Rani Padmini was desecrated. Shahid while talking to a leading daily said, “Right now, the focus has to be to release the film. We have taken care to keep everybody’s points of view while making the film. It is a great cinematic experience and it has been made in a way that will show the people of this country in the nicest light”.

Apart from acting, the actor is also enjoying fatherhood with daughter Misha and keeps posting adorable pictures of his with his little bundle of joy. Shahid was last seen in the film Rangoon, which also starred Saif Ali Khan and Kangana Ranaut. The film failed to impress the audience and critics and could not do a good business at the box office. His performance in Udta Punjab was well appreciated by the audience.