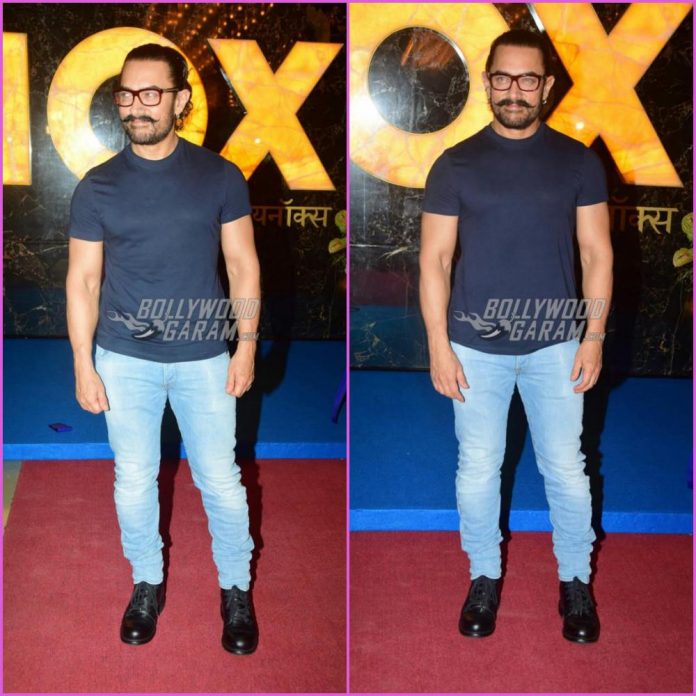 Aamir Khan is enjoying the success of his recently released film Secret Superstar. The Taare Zameen Par actor was snapped at an event in Mumbai on October 26, 2017. Aamir opted for a casual blue t-shirt and a pair of denims for the event and was all smiles for the cameras.

Secret Superstar has not just received great reviews but is also doing well at the box office. Zaira Wasim, who plays the lead role of a teenager, is being appreciated by the audience. The actress already became popular due to her role in Dangal, but Secret Superstar has put another feather on her cap.

Aamir, on the work front, is now working on the upcoming film, Thugs of Hindostan, which is expected to be an action adventure film. The actor promoted his film Secret Superstar and also made a revelation that he was offered the role in 2.0 starring Rajinikanth but it wasn’t Akshay Kumar’s role he was offered, but, Rajinikanth’s role.

Aamir Khan while talking about the reason he rejected doing the film said that he could not see anyone else than Rajinikanth playing the role.

Exclusive photos of Aamir Khan in casuals at an event in the city!