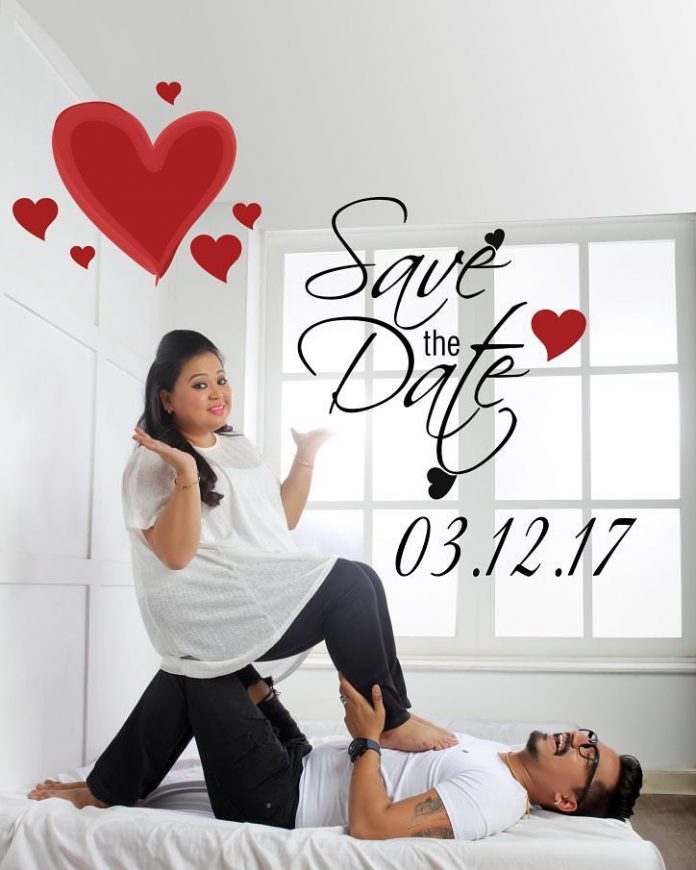 Actor and comedian, Bharti Singh and Harsh Limbachiyaa are ready to get married and have officially announced their wedding date. The wedding date was announced in the cutest way with a picture posted by the comedian on Instagram.

The picture on Instagram shows Bharti seated on Harsh’s knees with her foot on his chest. The comedian has a very casual expression while Harsh is seen having a hearty laugh. Bharti gave the caption, “He stole my heart and I am stealing his surname on 3rd December.” The comedian is known for making people laugh and smile with her jokes.

The actress has also participated in Nach Baliye 8 along with her partner Harsh and managed to win the hearts of the audience and judges. Bharti and Harsh are all set to get married on December 3, 2017. The wedding will take place in Goa. The couple make a cute pair together and are known for their compatibility with each other. The fans of the actress have been excited since the comedian announced her wedding with Harsh.

It was the show Nach Baliye 8 where Bharti formally announced her relationship with Harsh to the world. Bharti always kept her fans informed about the developments related to her wedding.