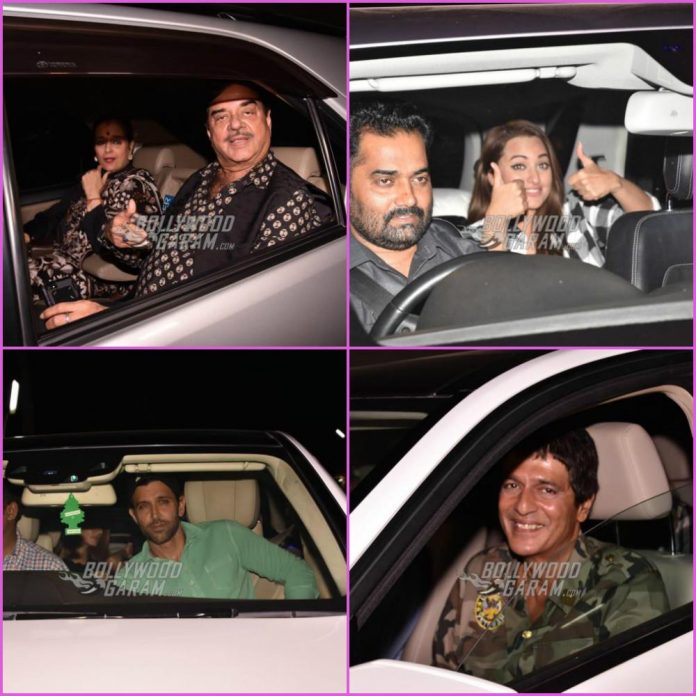 Sidharth Malhotra and Sonakshi Sinha starrer film Ittefaq is one of the most awaited thriller film produced by Red Chillies Entertainment and Dharma Productions. A special screening of the film was held in Mumbai in October 29, 2017. The screening event saw the presence of Sidharth Malhotra, Sonakshi Sinha, Karan Johar, Hrithik Roshan, Sussanne Khan, Mandira Bedi, Chunky Pandey, Shatrughan Sinha, Poonam Sinha and others.

Sidharth and Sonakshi looked excited as they waved and smiled for the cameras. The film also stars Akshaye Khanna, Manoj Joshi and Parul Gulati. The trailer of the film has shown Akshaye playing the role of a cop who is investigating on two murders. The characters of Sonakshi and Sidharth have two different versions to tell, but the cop is sure he will soon get to the real story.

The makers of the film have decided not to have any more songs than Raat Baaki. The film is a remake of the 1969 film with the same name which was directed by Yash Chopra. Sonakshi during an earlier interview to a leading daily said, “The way the film is rewritten and adapted to fit in today’s scenario and time makes it a fresh film. I am looking at it as a new film.” The film was shot in a non-stop 50 day schedule. Ittefaq is directed by Abhay Chopra ready to be released in theatres on November 3, 2017.