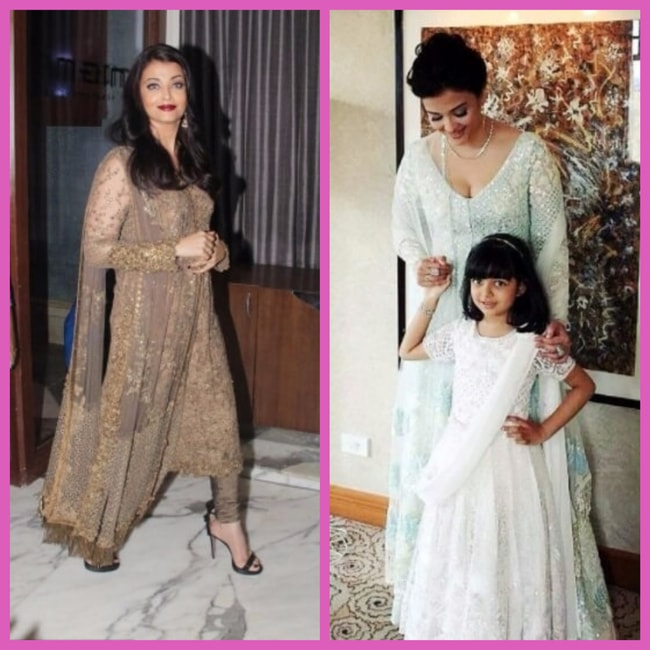 It will be a low profile birthday for Aishwarya Rai Bachchan with close family members ringing in her 44th birthday celebration on November 1, 2017. Recent reports have suggested how the Former Miss World’s husband and actor Abhishek Bachchan has planned a surprise for her along with their five-year-old daughter, Aaradhya. Since this year also marked Aishwarya’s father, Krishnaraj Rai’s death in March, the birthday celebration would not include a massive bash and only close family members will be a part of the celebration.

Mid-Day quoted a source close to the actor saying, “Ash will drop Aaradhya to school in the morning, and then head to her mom Vrinda Rai’s Bandra apartment. The mother-daughter duo will spend some quality time together.”

The report also suggested that the father-daughter duo, Abhishek and Aaradhya will order Aishwarya’s favourite cake in the evening as the Bachchan family will get together for her birthday celebrations. Later, Abhishek has a dinner date planned with Aishwarya in tune with the birthday spirit.

The report further added that Aishwarya will seek God’s blessings at Siddhivinayak temple and will also provide food for some underprivileged children on her birthday.

Close friends of Aishwarya have also wished her on Instagram.

Happy Happy Birthday beautiful #Aishwarya ?have a wonderful year ahead ?

Ash, as she is popularly called, has been quite the favorite of paparazzi, especially during the Cannes film festival. Her dressing styles and her demeanor has evolved at red carpet appearances, events and parties over the years and there have been several times when she has inspired the world of fashion. Famous for her beauty, elegance and personality, Aishwarya has been a popular figure in both Bollywood and Hollywood.

Her sartorial choices, her poignant and powerful quotes, power-packed performances and the way she has taken control of her life and career, this beautiful Bollywood icon has time and again proved that age is just a number to achieve greater heights.