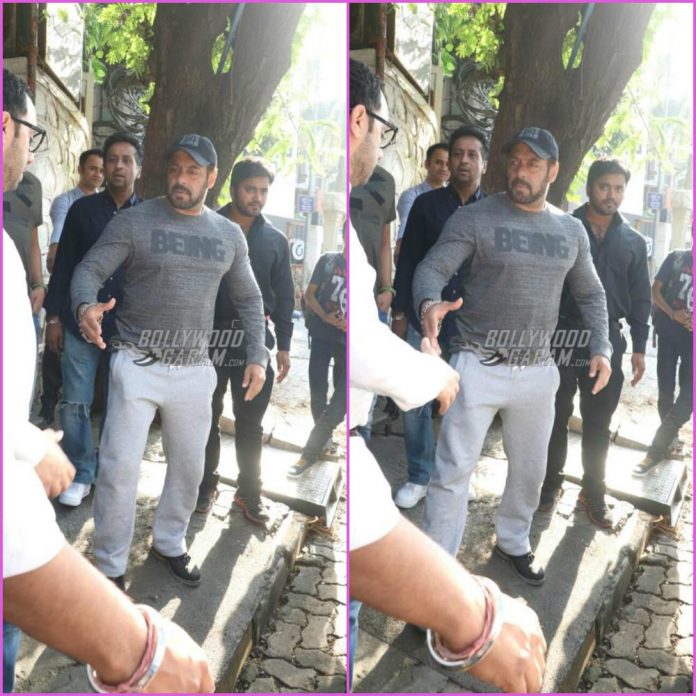 Salman Khan recently wrapped the shoot of his upcoming film, Tiger Zinda Hai. The Dabangg star was snapped outside a popular restaurant in Mumbai on November 1, 2017. Salman was snapped in casuals in a grey t-shirt and track pants.

The Ek Tha Tiger actor is currently busy shooting for the 11th season of the popular reality show, Bigg Boss. His upcoming film, Tiger Zinda Hai is a sequel to the film, Ek Tha Tiger and also features Katrina Kaif. Salman will be seen perform some challenging stunts as well as action sequences. Reports say that the actor has also shot a few scenes while holding the MG 42 which is a huge machine gun.

Sultan director, Ali Abbas Zafar has donned the hat of the director again who, in an earlier interview said, “When you feature a superstar like Salman Khan, who is known to pull his weight for a film’s action, you need to have weaponry that suits his stature and also fit in with the scale of Tiger Zinda Hai.” The film is ready to be released on December 22, 2017.