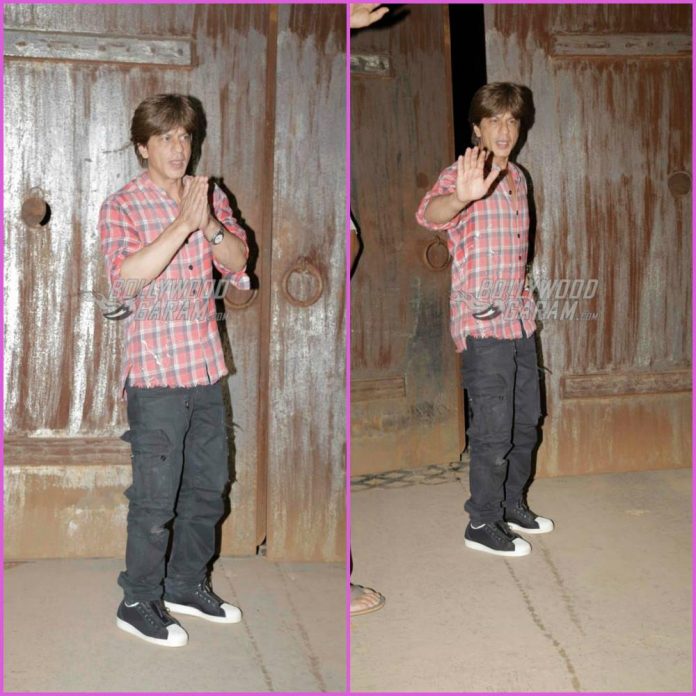 As promised, Shah Rukh Khan called the media for a special cake-cutting session at his Alibaug bungalow at midnight on November 2, 2017. Shah Rukh was at the Alibaug farmhouse along with some of his friends and colleagues from the industry. As a ritual, several fans had also gathered outside his residence Mannat in Mumbai.

The Dilwale actor was all smiles for the media and was snapped in a casual checked shirt and black cargo pants. Shah Rukh has always spent time with the media on his birthday to express his gratitude. Meanwhile, the special Alibaug farmhouse birthday bash saw the presence of Sidharth Malhotra, Katrina Kaif, Alia Bhatt, Karan Johar, Deepika Padukone, Gauri Khan, Farah Khan and Suhana Khan. Guests started pouring in at the farmhouse on the eve of his birthday. Some of the early guests also started sharing pictures from the party.

However, Katrina made a quick exit from the party even before it started off. The Ek Tha Tiger actress shared a picture with Shah Rukh on social media and gave the caption, “one of the kindest most intelligent caring people I know…..happiest happiest to u, may all the love and care you give to others all come back to u. love you.”

On the work front, Shah Rukh, Katrina and Anushka are working on the upcoming film by Anand L. Rai. The actor will be seen playing a double role. The film is expected to be released by Diwali 2018.

Exclusive photos of Shah Rukh Khan at his birthday celebration in Alibaug!