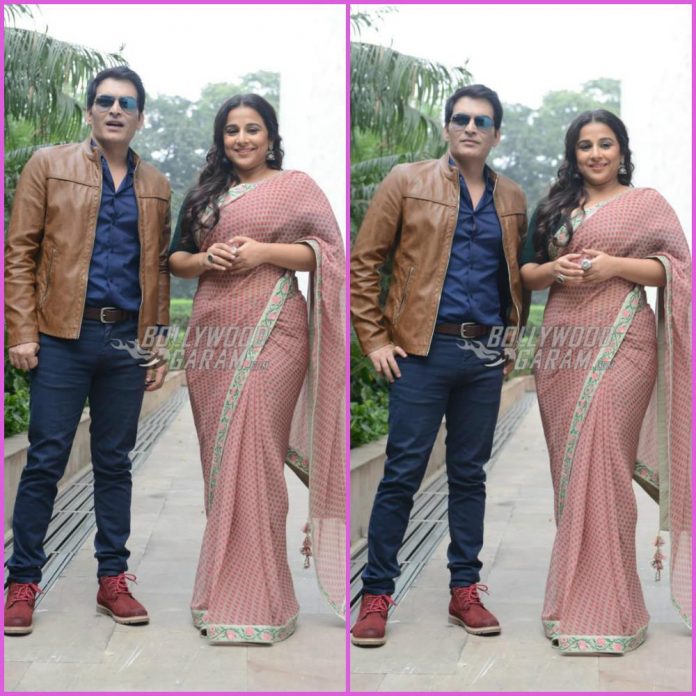 Lead actors, Vidya Balan and Manav Kaul are busy promoting their upcoming film, Tumhari Sulu. The actors promoted the film in Delhi on November 6, 2017. Vidya appeared in her character look and looked pretty in a pink sari while co-star Manav looked dapper in a blue shirt, denims and a stylish brown jacket with blue glares.

Vidya in a recent interview with a leading daily spoke about her experience of filming Tumhari Sulu and said , “I definitely know that I’ve not had fun on the screen for a while. I’ve been playing very intense and heavy characters, and after a long time, I got to play this character, who is always smiling, laughing and making people laugh.”

The upcoming film is directed by Suresh Triveni and has a revised version of the old track Hawa Hawai. Vidya will be seen playing the role of a middle-class housewife who lands the job of a night radio jockey. The film is ready to be released in theatres on November 17, 2017.