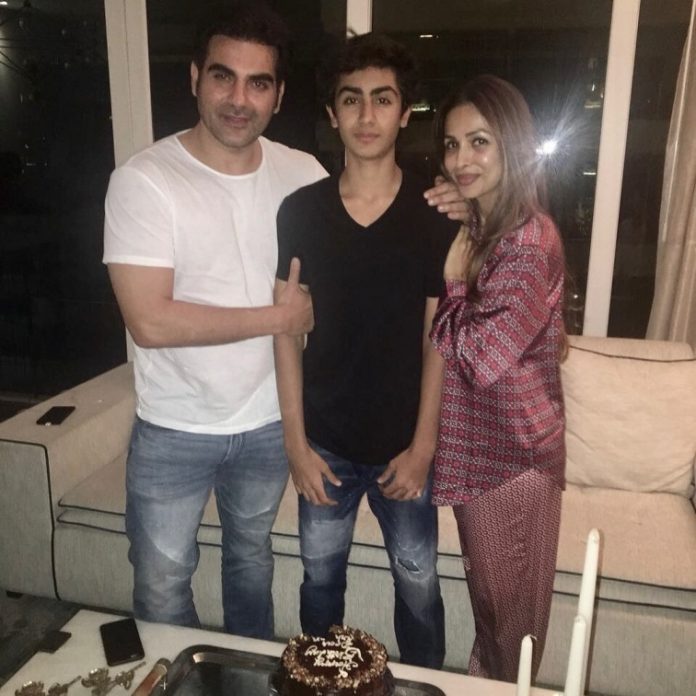 Arbaaz Khan and Malaika Arora might have separated but have remained cordial with each other. The couple has a son Arhaan, who turned 15 years old on November 9, 2017. Arbaaz and Malaika celebrated their son’s birthday at midnight and shared the joy with their fans on Instagram.

Malaika took to her Instagram account and shared a few pictures. One of the pictures witnesses Arbaaz, Arhaan and Malaika posing together with a cake. Another picture shows Arbaaz bonding with son Arhaan.

Arbaaz in an earlier interview had talked about his separation from Malaika and said, “I look at my scenario as my personal scenario. I have a 14-year-old boy right now who, unfortunately, has seen his parents split for whatever reason. He needs the right guidance and the right attention for which if I have to maintain a certain amount of decorum in my family then it will be done.” The actor and producer added that he has a good relationship with Malaika and her family and will continue that way.

On the work front, Arbaaz will be seen in the upcoming film, Tera Intezaar which also stars Sunny Leone. The film will be released in theatres on November 24, 2017.