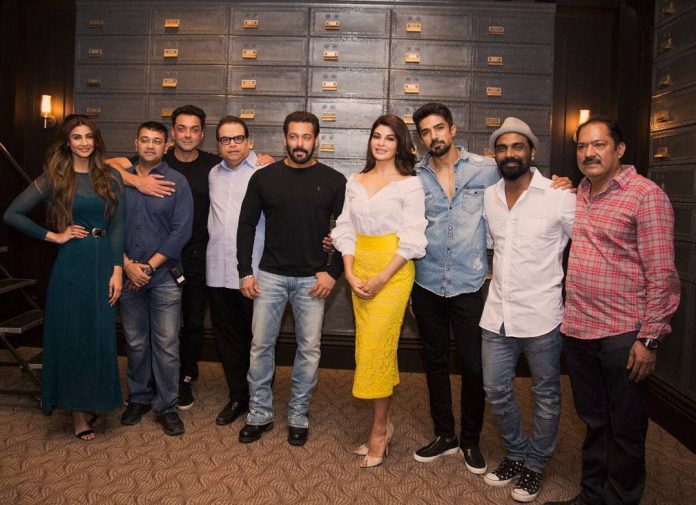 After enough speculations, Salman Khan-starrer flick Race 3 has gone on floors on November 9, 2017. The actor-turned-producer shared a picture of the Mahurat shot through his Twitter account.

The picture has shown Salman Khan along with co-producer Ramesh Taurani, Daisy Shah, Bobby Deol, Jacqueline Fernandez, Saqib Saleem and Remo D’Souza. Once again Remo has donned the hat of a director while Salman and Ramesh are producing the flick. Salman captioned the image, “Baki sab toh Theek Hai but look at how hot, cool, sweet, charming & sexy is rameshji looking in this Race 3 ke team pic mein.”

Ramesh, while talking to a leading daily about Race 3 said, “Even though they don’t start filming their portions until November 12, 2017, Salman and Jacky were there for the mahurat shot.” The producer further informed that the songs will be shot in the next schedule. The team will be shooting in Mumbai after which the next schedule will be shot in Dubai and Abu Dhabi in January 2018.