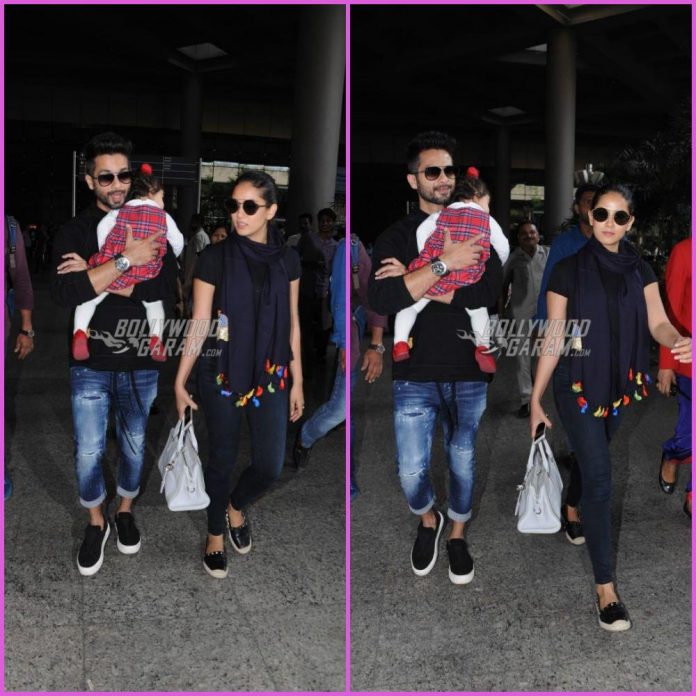 Shahid and Mira twinned in black outfits while little Misha was seen in a red and white checked outfit. Misha was being carried by father Shahid and the family was all smiles as they made their way through the airport.

Shahid, on the work front, is looking forward towards his upcoming film Padmavati directed by Sanjay Leela Bhansali. The Udta Punjab actor had recently expressed disappointment over the trailer of the film saying that not much importance was give to his role of Maharana Rawal Ratan Singh in the trailer. Padmavati also stars Deepika Padukone and Ranveer Singh and is ready to be released in theatres on December 1, 2017.