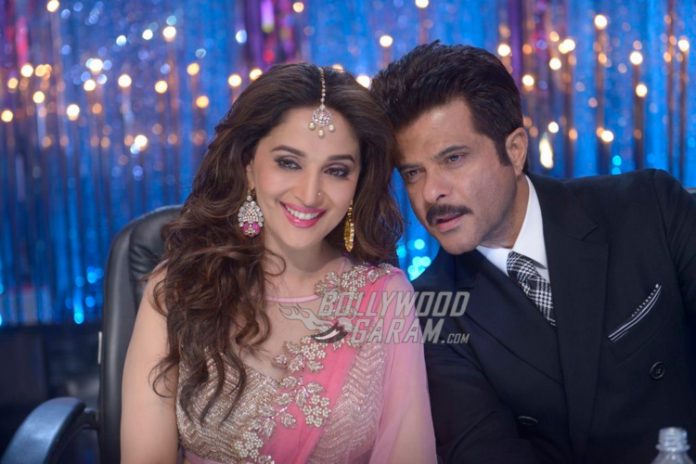 Veteran actors, Madhuri Dixit and Anil Kapoor have once ruled the silver screens with their on-screen chemistry. In some good news for the fans, the actors will soon be seen together in an upcoming film by director, Indra Kumar. Madhuri and Anil will be reuniting for a film after a gap of 17 years.

Director Indra Kumar confirmed the news while talking to a leading daily and said, “Yes, Anil Kapoor and Madhuri Dixit have been paired in Total Dhamaal which goes on the floors in January in Mumbai.” The veteran actors will be seen in the film Total Dhamaal from the popular Dhamaal series. The film will mark the third installment from the franchise.

The filmmaker was asked if the film will be released in Diwali in 2018, to which Kumar said, “The final decision on the release date will be taken by the studio we tie up with but it would be great to have a dhamaal Diwali next year”. Madhuri and Anil last worked together in the film Pukar which did a good business at the box office. Indra Kumar had directed the on-screen couple in the film Beta, which brought many awards for Madhuri and Anil.

Kumar added that since the film is of a comedy genre, there will be no romance between the duo, but promises a Total Dhamaal. The director also said that Madhuri and Anil have been a great pair on-screen and bringing them together is a dream. Indra Kumar added that he had approached Madhuri with the script which was loved by her and everybody else in the film. Total Dhamaal will also feature Ajay Devgn, Arshad Warsi, Riteish Deshmukh and Javed Jaffrey. At present, Anil Kapoor is busy filming for the film, Fanney Khan directed by Atul Manjrekar and also features Aishwarya Rai Bachchan. Later Anil will also be working with daughter Sonam Kapoor in the film, Ek Ladki Ko Dekha Toh Aisa Laga.