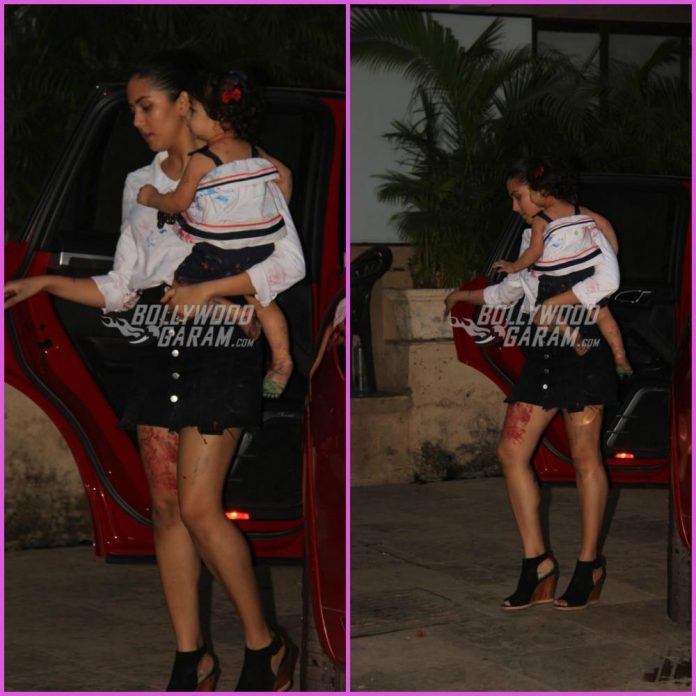 Shahid Kapoor and Mira Rajput’s daughter, Misha Kapoor is growing up. The parents are making sure their daughter learns different skills during her growing stage. Mira Rajput was snapped with daughter Misha as they returned from a fun painting session. The mother and daughter were all smeared in colorful paint all over their clothes.

Misha is one of the most popular star kids and parents Shahid and Mira keep sharing pictures of their little one on social media. On the work front, Shahid is busy in promotions of his upcoming film, Padmavati which also stars Deepika Padukone and Ranveer Singh. Shahid will be seen playing the role of Maharana Rawal Ratan Singh.