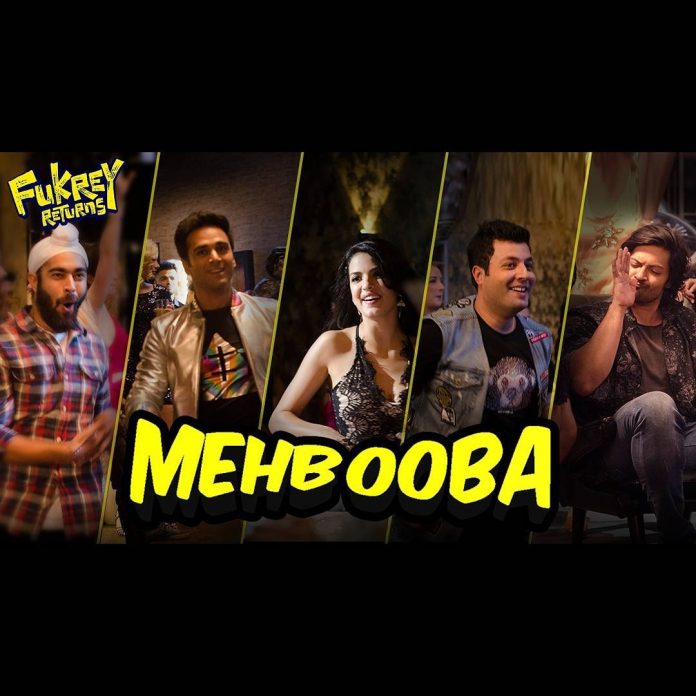 After releasing a hilarious trailer of the upcoming film, Fukrey Returns, the makers have released the first song, O Meri Mehbooba. The new song is a revised version of O Meri Mehbooba from the film, Dharam Veer which features Zeenat Amaan and Dharmendra. Rapper Raftaar has retained the voice of Mohammed Rafi and has added a twist of some rap with vocals by Neha Kakkar.

The song features the Fukra boys Pulkit Samrat, Ali Fazal, Varun Sharma and Manoj Singh. Producer Ritesh Sidhwani had earlier indicated that the song is an important part of the narrative. The film also stars Richa Chadda as Bholi Punjaban, who engages the boys in a new trouble this time. The sequel of the film will pick up a year after the events of the prequel. The trailer of the film has shown some hilarious happenings among the boys.  Choo Chaa, played by Varun Sharma can now see the future and Bholi Punjaban this time gets them involved in a big betting racket.

After the success of the earlier film, Fukrey, the upcoming sequel is expected to be even more hilarious. The film is directed by Mrighdeep Singh Lamba and is ready to be released in theatres on December 15, 2017.