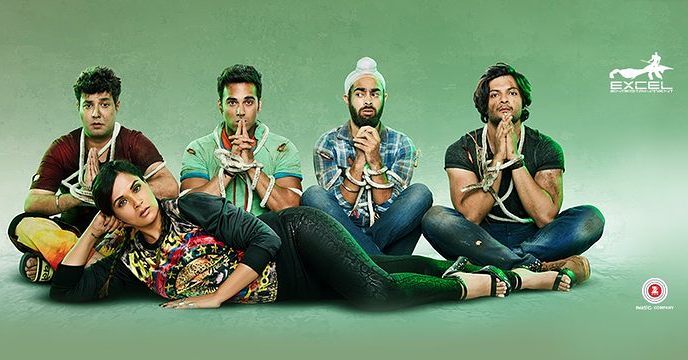 Makers of Fukrey Returns have released the first official trailer on November 13, 2017. Fukrey Returns is the sequel to the 2013 comedy which won many hearts and was loved by the audience and critics. Richa Chadda, Ali Fazal, Pulkit Samrat, Varun Sharma and Manjot Singh have returned as the lead cast and are ready to create another laugh riot.

The trailer begins with a few glimpses of the first film, a group of ambitious yet lazy boys who get embroiled in a crazy situation. Bholi Punjaban played by Richa Chadda has once again struck in the lives of the crazy sets of boys and has asked them to get involved in a betting scam, on the basis of Choo Chaa’s dream predictions. This time Choo Chaa played by Varun Sharma can see the future and he saw a dark cave which has buried treasure but has a tiger and is guarded by demons.

Mrighdeep Singh Lamba has donned the hat of the director while Farhan Akhtar and Ritesh Sidhwani have produced the film. The trailer has also indicated that the sequel will have a little extra dose of craziness and comedy. The earlier film reportedly managed to collect Rs. 50 crores at the box office and there are a lot of expectations with the sequel now.

The film is ready to be released in theatres on December 8, 2017.