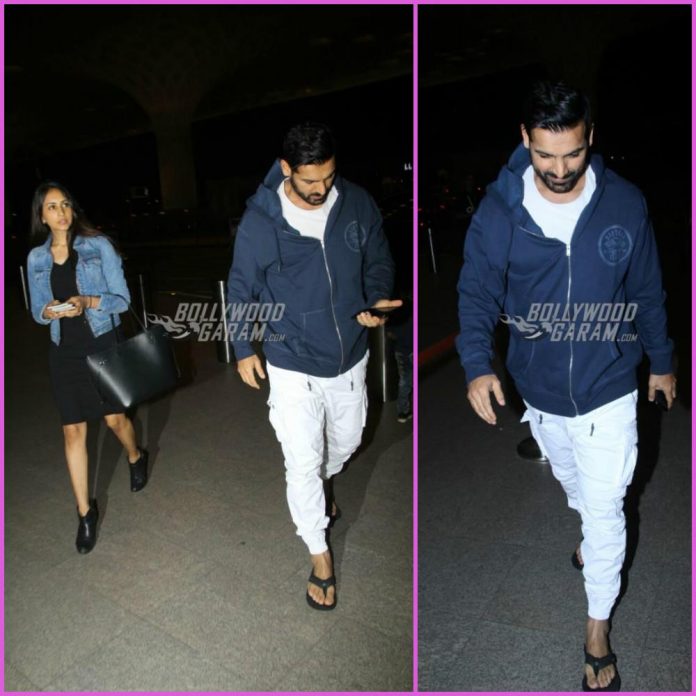 John Abraham and wife, Priya Runchal hardly make a public appearance and have always preferred to keep their personal life private. The couple was snapped at the Mumbai airport together on November 16, 2017. The Dostana actor looked dapper in a white t-shirt, white cargo pants and a blue jacket while wife Priya was seen in a black outfit with a denim jacket.

A few earlier reports had claimed that there were some problems between the couple but soon the reports were rubbished. John, in an earlier interview, spoke about his relationship and his private life and said, “Priya is a very private person and so am I. have been through my process in this industry, in life and I think the righteous way to go about a relationship in the future is by absolutely — I wouldn’t say — not commenting, but by being really private. To a large extent, I credit the media for that, by helping us maintain privacy”.

The actor was last seen in the film Force 2 in 2016 and is now gearing up for the promotions of the film Parmanu: The Story of Pokhran.

Exclusive photos of John Abraham and wife Priya Runchal at the airport!