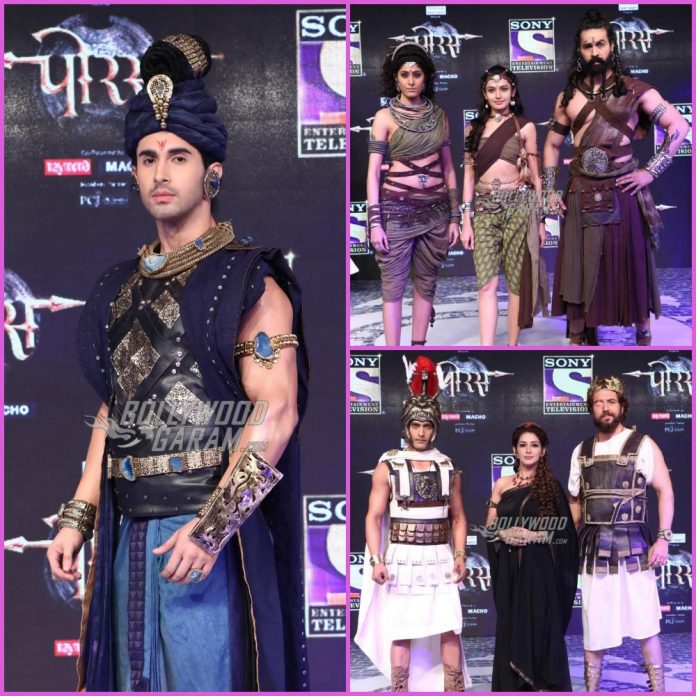 Sony Entertainment Television launched its new and its most expensive show, Porus at a press event in Mumbai on November 16, 2017. The new show is expected to raise the standards of the Television content. The makers of the show have worked hard in terms of its visuals, sound effects and costumes.

The press event introduced the characters of the show in a ramp walk. Writer of the show, Siddharth Kumar Tewary has brought two worlds together for the show. The lead actors of Porus include Laksh Lawani in the lead character, Rati Pandey as Anusuya, Rohit Pareek and Alexander, Suhani Dhanki as Laachi, Aditya Redij as Bamini, Vishal Patni as Farus and others.

Renowned choreographer, Chinni Prakash has choreographed a dance sequence which will see 400 dancers and will be the first show of this kind on Indian Television. The show will premiere on November 27, 2017 at 8:30 pm and will be aired every Monday to Friday on Sony Entertainment Television.