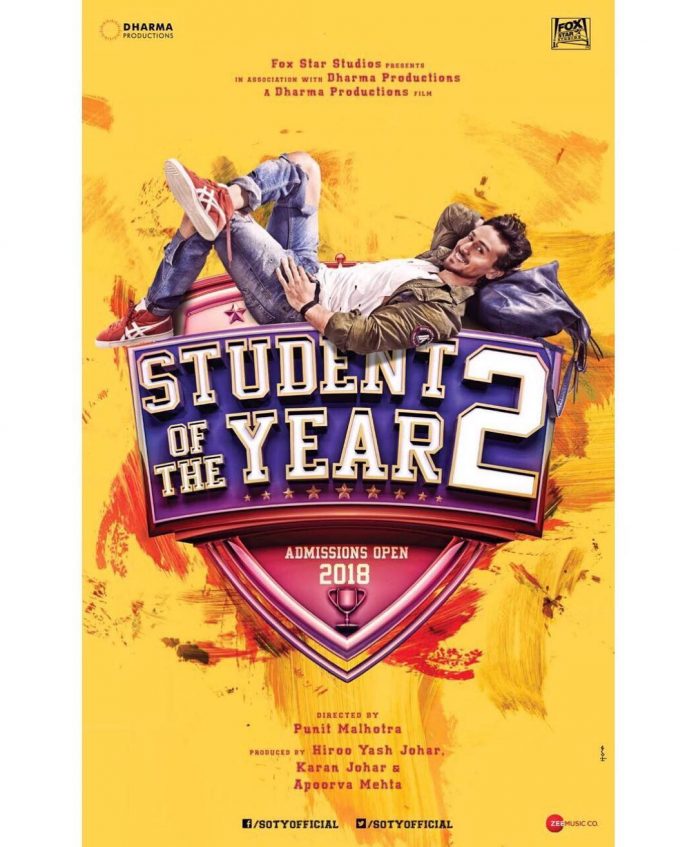 An excited Tiger Tweeted, “Thank you @karanjohar sir and @punitdmalhotra sir for giving me admission into the coolest school ever! #StudentOfTheYear2 #InItToWinIt #SOTY2 @DharmaMovies”

The earlier film, Student of The Year saw the debut of Alia Bhatt, Sidharth Malhotra and Varun Dhawan. The sequel will be directed by Punit Malhotra and will see Tiger in the lead role. The female lead of the film has not yet been announced but reports say that Sara Ali Khan and Disha Patani were being considered for the role.

Tiger was finalized for Student of the Year 2 in August 2016. The actor in an interview with a leading daily said, “There is pressure to take the franchise forward. I hope I am the right person and I don’t let them down”. Tiger has also wrapped the shoot of the film Baaghi 2 which also stars Disha Patani. The actor was last seen in the film Munna Michael which did an average business at the box office.