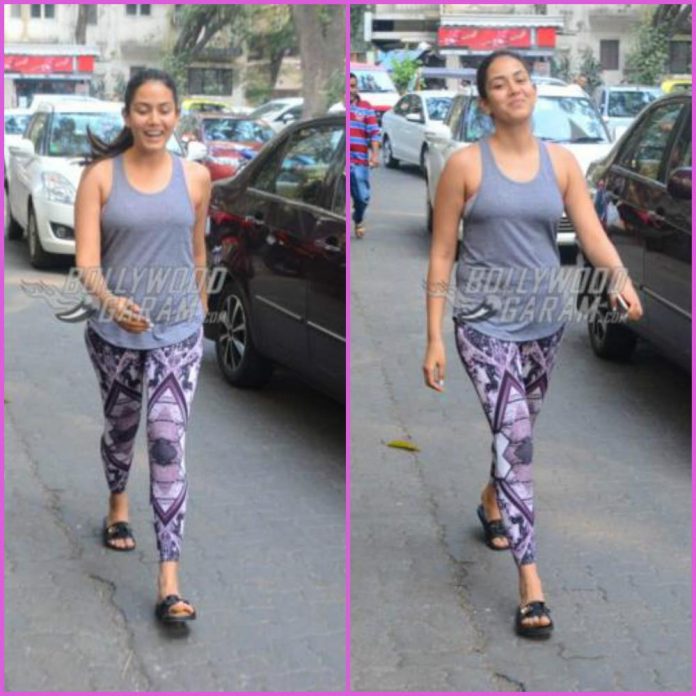 Mira Rajput became a popular name among the paparazzi since her marriage with Shahid Kapoor. The 23 year-old is constantly followed by the shutterbugs while in the city and Mira has always acknowledged them with a pleasant smile. Mira was clicked as she came out of a café in Mumbai on November 20, 2017.

Shahid Kapoor’s better half was a little surprised, but then gave a stunning smile as she was snapped by the cameras. Mira was at her casual best in a grey tank top and printed jogger pants with a pony tail. During an interview with a leading daily, Mira was asked if she would like to pursue a career, to which she said, “Yes, I would love to work, especially in a field that is creatively stimulating, but also allows me time with family. Perhaps something with food, or lifestyle.”

Mira, who is already a mother of a daughter, added that she is also planning to have another baby after which she would like to pursue a career.

Exclusive photos of Mira Rajput outside a cafe!