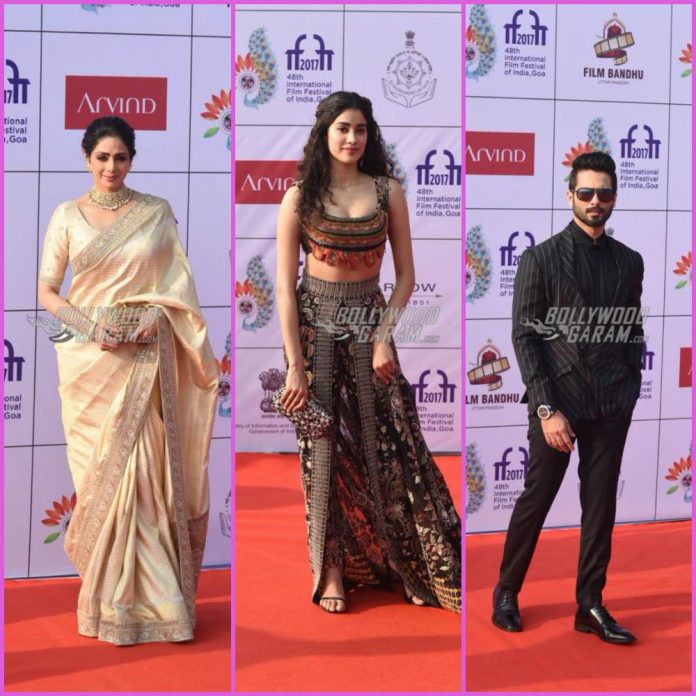 The one who caught everyone’s attention was Janhvi who looked elegant in an indo-western black outfit with brown embroidery. The upcoming actress, who will be making her debut with the film Dhadak, completed her look with a matching clutch. Mom Sridevi appeared in a cream color sari while Boney Kapoor was seen in a formal suit.

The event also saw Shahid Kapoor, who looked dapper in a black suit and interacted with the media as he talked about his upcoming film, Padmavati. Kapoor said that he hopes the CBFC clears the film very soon.

Diana Penty too looked gorgeous on the red carpet in a green one-shoulder maxi. Academy award winner, A.R. Rahman turned up for the film festival and looked great in a black suit.

Exclusive photos of Bollywood celebrities for the IFFI 2017 in Goa!