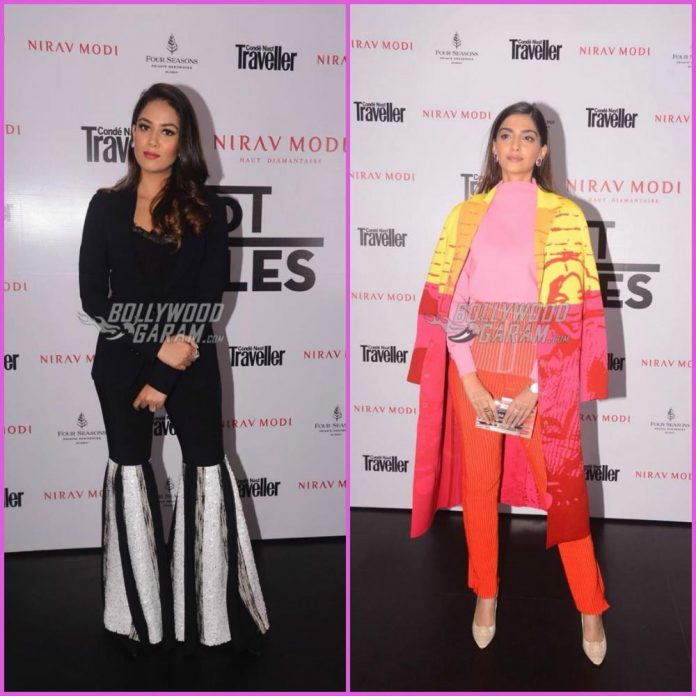 Mira Rajput who has never disappointed the fashion police looked gorgeous in a formal black outfit with wide bottoms. The 23-year-old oozed confidence as she posed for the shutterbugs at the event. There were earlier reports that Mira might venture in to Bollywood but she rubbished the reports and said, “Right now, I see it as a time-consuming job that comes with a lot of pressure and I don’t want to deal with these pressures. If an opportunity comes I will take a call then, but right now, no.”

Exclusive photos of Sonam Kapoor and Mira Rajput at an event in Mumbai!