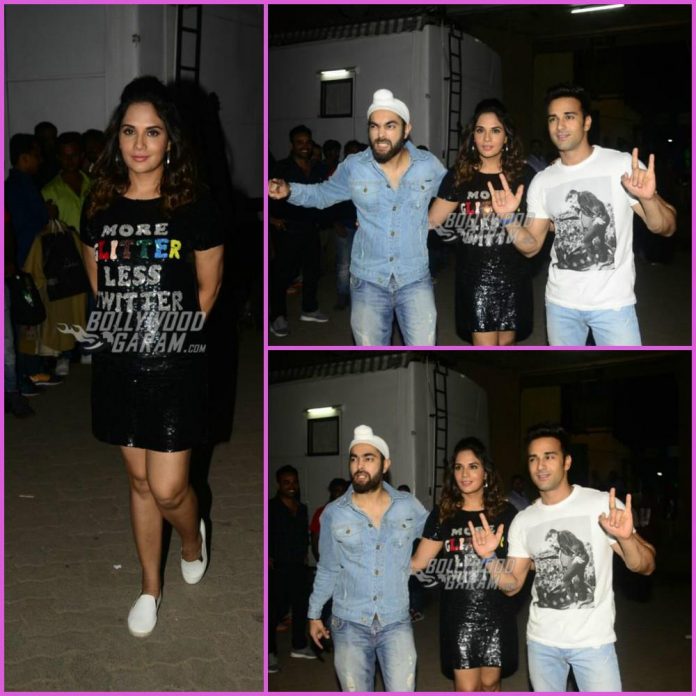 Lead actors of Fukrey Returns are on a promotional spree as the release date fast approaches. Richa Chadda, Manjot Singh, Varun Sharma and Pulkit Samrat were snapped at a popular studio in Mumbai on November 22, 2017. The actors were seen at their casual best and were all smiles for the cameras.