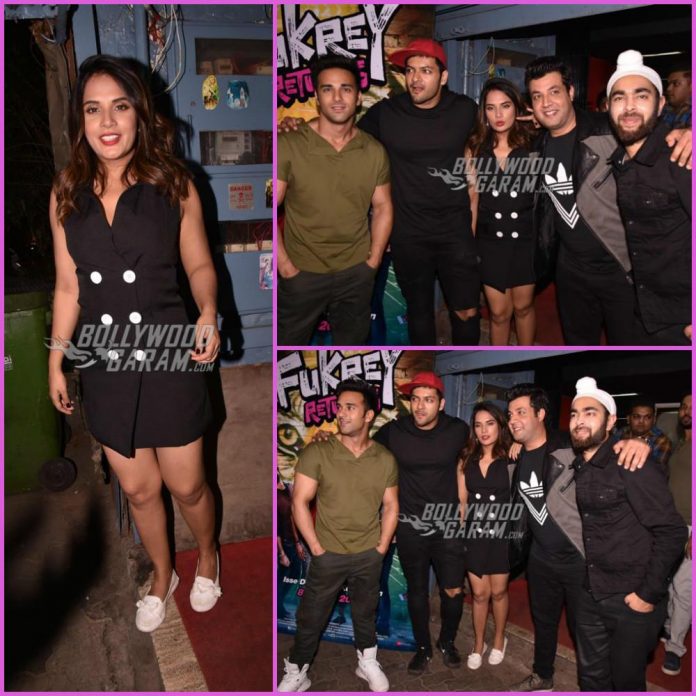 Lead actors of Fukrey Returns, Richa Chadda, Ali Fazal, Pulkit Samrat, Manjot Singh and Varun Sharma promoted their upcoming film in Mumbai on November 21, 2017. The actors looked excited and ready for their next Fukrey flick that is again expected to be a success. Fukrey Returns is the sequel to the 2013 movie, which surprised everyone with its comic timings.

The actors of the film have been reprised for the sequel and the story continues from the original flick. Richa, during the promotional event, looked great in a little black outfit with white loafers, Pulkit was seen in a green t-shirt and grey cargos with white shoes, Ali appeared in a cool and stylish t-shirt and a pair of ripped denims, Manjot was seen in a black shirt and black denims while Varun Sharma appeared in a cool t-shirt, jacket and a black pair of denims.

The lead actors of the film were seen trying out the local delicacies and posed for the cameras. The film is ready to be released in theatres on December 8, 2017.