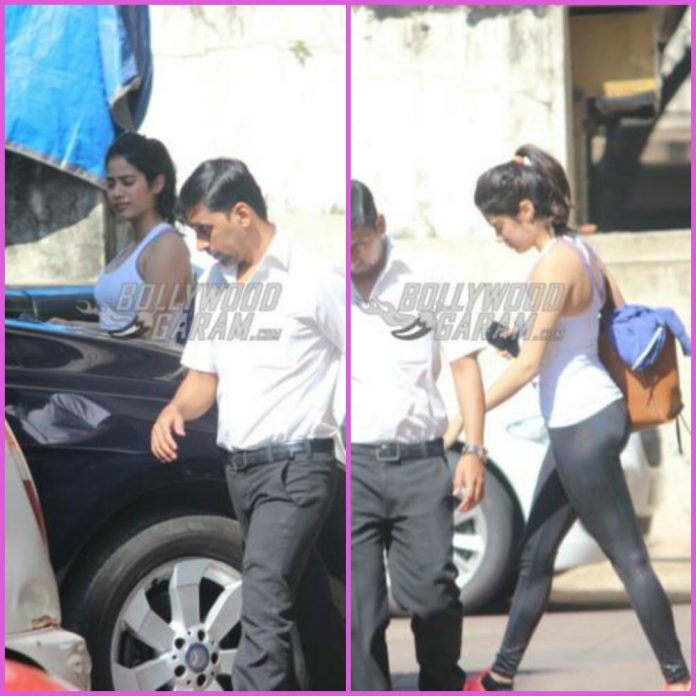 Janhvi looked great in a white tank top and grey track pants. The upcoming film, Dhadak is produced by Karan Johar’s Dharma productions and will soon be going on floors in the first week of December in Rajasthan. Janhvi not just keeps herself fit but is also often snapped at dance rehearsals.

The actress recently attended the IFFI event held in Goa along with mother Sridevi and father Boney Kapoor. The Kapoor family looked great together as they arrived in their best outfits. Janhvi stole the show in a pretty ethnic outfit and looked gorgeous at the red carpet.

Exclusive photos of Jahnvi Kapoor outside the gym after a workout session!