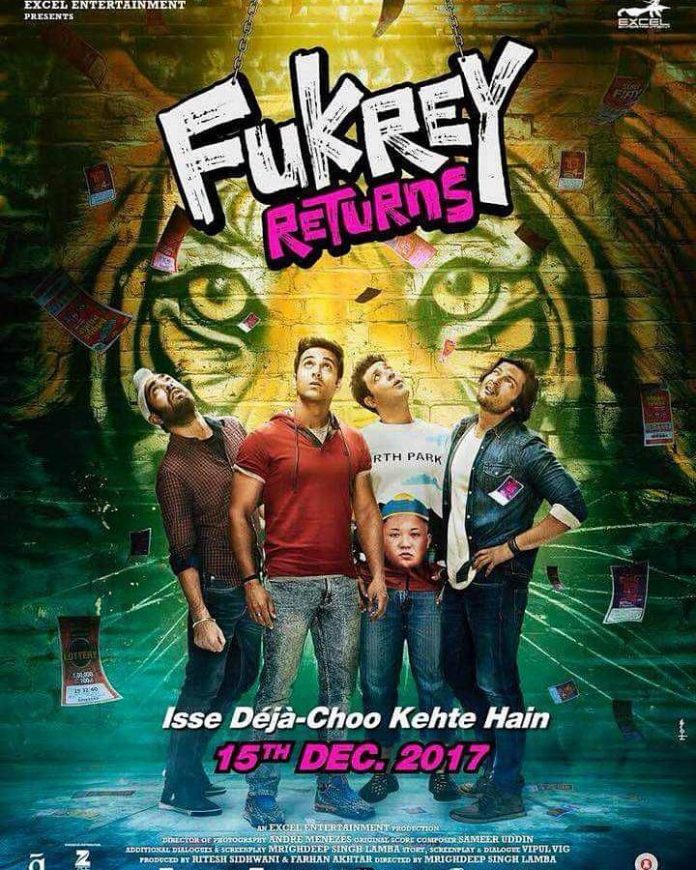 While the trailer of Fukrey Returns has given a fun glimpse of the sequel, the makers have released a romantic track, Ishq De Fanniyar. Fukrey had Ambarsariya, which featured Pulkit Samrat and Priya Anand while Ishq De Fanniyar, can also be called as a sequel to their romance for Fukrey Returns. Pulkit and Priya’s chemistry is catchy and has once again won the hearts of the audience.

The song is composed by Shaarib and Toshi and is sung by Jyotica Tangri while the lyrics have been penned by Kumaar. While Ambarsariya had become popular, Ishq De Fanniyar too has some freshness to it. The upcoming film also stars Varun Sharma, Ali Fazal, Richa Chadda and Manjot Singh in lead roles and is ready to be released in theatres on December 8, 2017.

Richa recently talked about her character in the film and expressed, “I feel blessed to have worked on this film… to have a character that’s so black that it’s lovable… to play a woman that’s empowered and hence memorable… true, it doesn’t fit into the neat little boxes, but who wants to live in a box anyway.”

The comedy drama flick is directed by Mrighdeep Singh Lamba and produced by Farhan Akhtar and Ritesh Sidhwani.