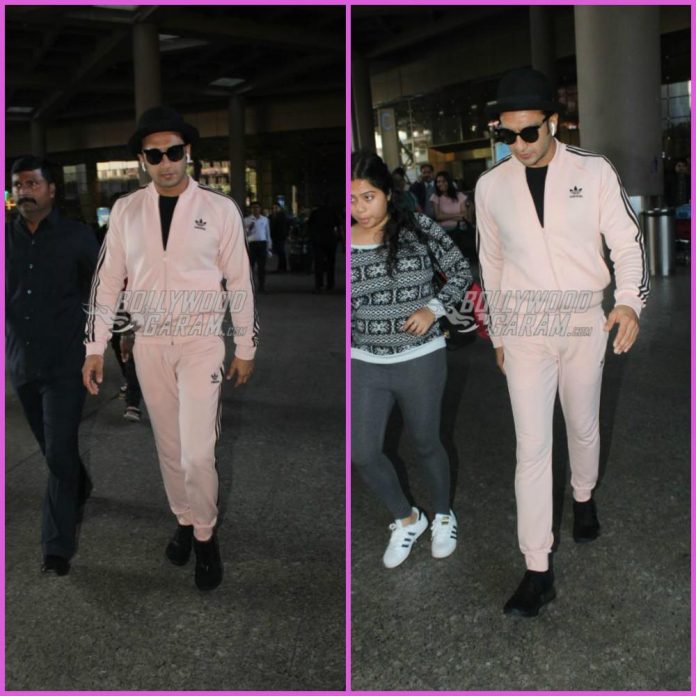 While the Padmavati controversy does not seem to come to an end, Ranveer Singh has decided to continue with his future projects. The actor who is currently preparing for his upcoming film, Gully Boy, was snapped at the airport on November 24, 2017. Ranveer was seen in a pink track suit with a black hat as he made his way out of the airport.

Ranveer has played the role of Alauddin Khilji in the film Padmavati, directed by Sanjay Leela Bhansali. When the actor was quizzed about the ongoing controversy, Ranveer said that he was not allowed to talk about it.

On the other hand, upcoming film, Gully Boy is inspired by two rappers, Vivian Fernandes also known as Divine and Naved Shaikh also known as Naezy. The film also stars Alia Bhatt and is written and directed by Zoya Akhtar.

Exclusive photos of Ranveer Singh at the airport!