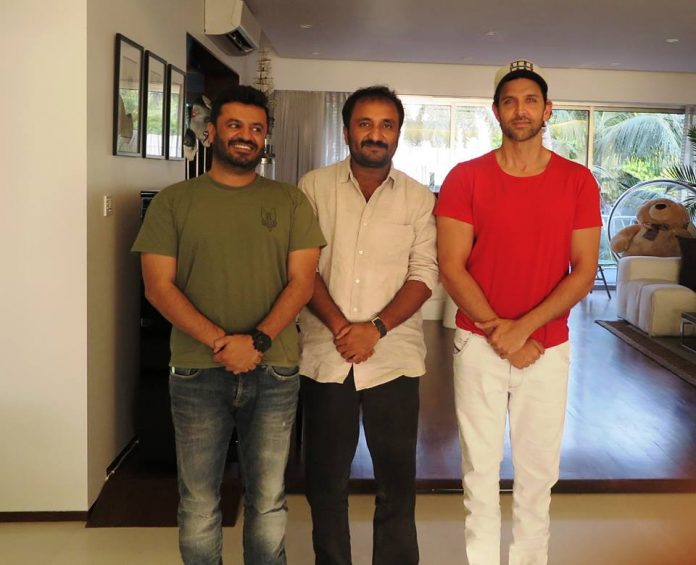 Hrithik Roshan started off 2017 with a successful film, Kaabil opposite Yami Gautam and is now ready to play the lead in the biopic of the popular mathematician, Anand Kumar. Roshan will be seen in the upcoming biopic, Super 30 which is directed by Vikas Bahl. The mathematician shared a picture of himself with Hrithik and Vikas on his Facebook account.

Since the film is based on the life of the mathematician, Anand Kumar helps with the preparations and often spends time with Hrithik and the director. Kumar captioned the image and wrote, “Time keeps moving. It never stops. It doesn’t tire. It keeps changing from one extreme to another, difficult to joy, but maintains its march taking everything in its stride. It can never be made captive or controlled, as it has its own pace. It goes on and on, changing direction as it wills. Just imagine, how eight years elapsed since famous scriptwriter Sanjeev Dutta first drew the sketch of the script for the film on my life. This is how time flies, at times without giving any inkling of its pace. Just a year from now on November 23, 2018, the film will be released. I have full faith in my team. The way the entire team is engrossed in the project, working day in and day out, I am confident time will always remember this film.”

Professor Anand in an earlier interview expressed that he is happy that Hrithik will be seen playing his role. The film Super 30 is expected to be released in theatres on November 23, 2018.