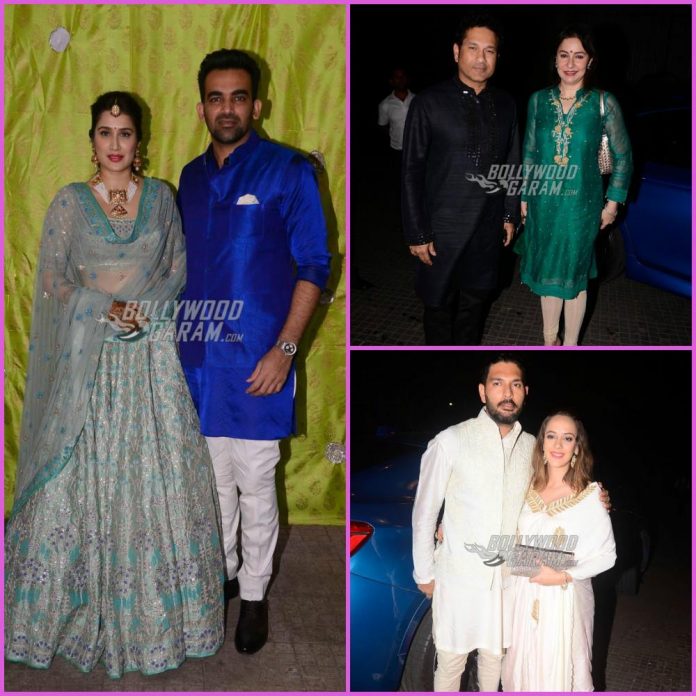 Bollywood actress, Sagarika Ghatge and Indian cricketer, Zaheer Khan had a registered marriage and a low-key wedding ceremony on November 23, 2017. The couple then hosted a Mehndi ceremony in Mumbai on November 26, 2017. The new bride looked gorgeous in a blue and grey lehenga with traditional jewellery while Zaheer looked dapper in a blue kurta and pyjama with a jacket.

Close friends and colleagues of the stars were seen at the mehndi ceremony. Yuvraj Singh with wife Hazel Keech, Ashish Nehra, Ajit Agarkar, Sachin Tendulkar with wife Anjali Tendulkar and others were snapped attending the ceremony, ahead of a grand wedding reception on November 27, 2017.

Sagarika while talking about her relationship with Zaheer said, “With him, the reason I feel most connected is that he understands me. Definitely, he’s a friend first, and everything [else] later. I feel that’s the most important thing one needs in their partner.” Zaheer and Sagarika had an intimate court wedding and then hosted a small reception for close family members and friends.

The two had announced their engagement on the social media. The Chak De India! actress had earlier said that they knew that it would be the next step for them but she did not know when Zaheer was going to do it. Sagarika shot to fame with her debut film, Chak De India! opposite Shah Rukh Khan.

Exclusive photos of Zaheer Khan and Sagarika Ghatge at their Mehndi ceremony!