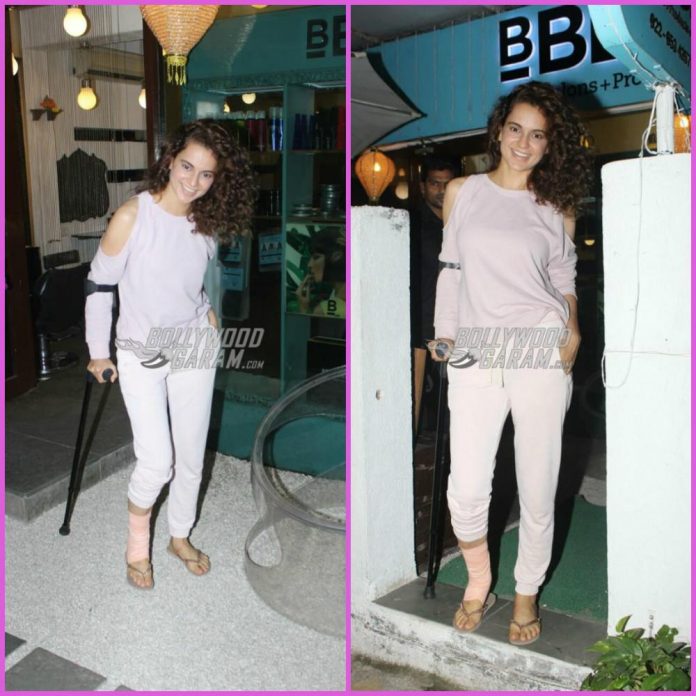 Bollywood actress Kangana Ranaut is known for her dedication towards her films. The actress is currently preparing for the upcoming film, Manikarnika – The Queen of Jhansi. After injuring her forehead a few months back, the actress has now injured her leg. The Tanu Weds Manu actress was snapped at a salon in Mumbai with an injured leg on November 27, 2017.

Kangana was seen walking with the help of crutches and had a bandaged leg. The actress wore a cold shoulder top with matching track pants and her hair was tied in a bun. Despite her injury, Kangana was all smiles for the cameras as she was clicked outside the salon. A few days back, the Rangoon actress was seen at the airport as she was brought in a wheel chair.

Ranaut talked about her injury to a leading daily in an interview and said, “It has been 60 days of action so far and after non-stop 30 nights of fighting armies with a baby hanging to my back, I was secretly hoping that I get hurt so that I could go back and hide in my house for some time”. The upcoming film, Manikarnika also stars Ankita Lokhande and Atul Kulkarni and is directed by Krish.