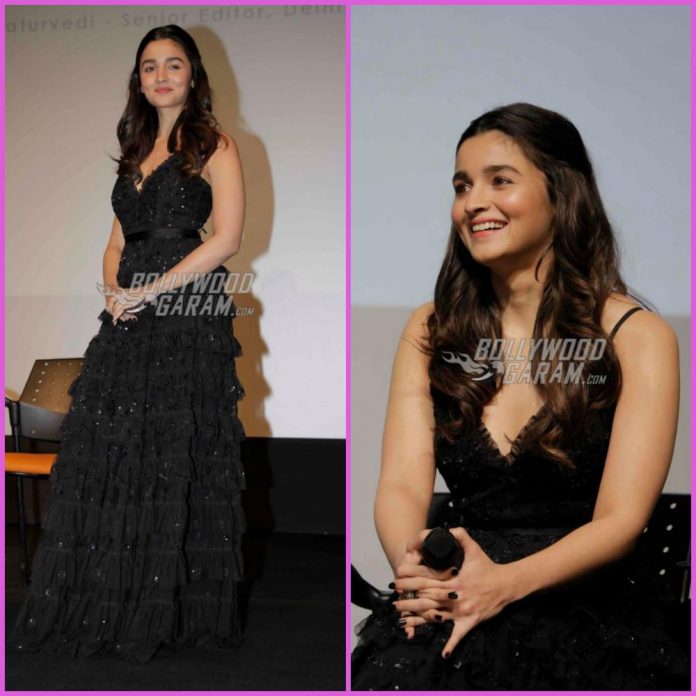 Alia Bhatt is indeed a busy bee. The actress graced the IFFI event in Goa just a day after she returned from a short holiday in London with sister Shaheen. The Badrinath Ki Dulhania actress looked gorgeous in a black outfit at the IFFI event in Goa on November 27, 2017. Alia was snapped interacting with the media and posed for the shutterbugs.

Alia has also signed on the dotted lines for the upcoming film, Brahmastra, which also stars Ranbir Kapoor and will be directed by Ayan Mukherji. The actress was last seen in the film Badrinath Ki Dulhania opposite actor Varun Dhawan. The film worked wonders at the box office and did some good business.

Exclusive photos of Alia Bhatt at the IFFI event in Goa!