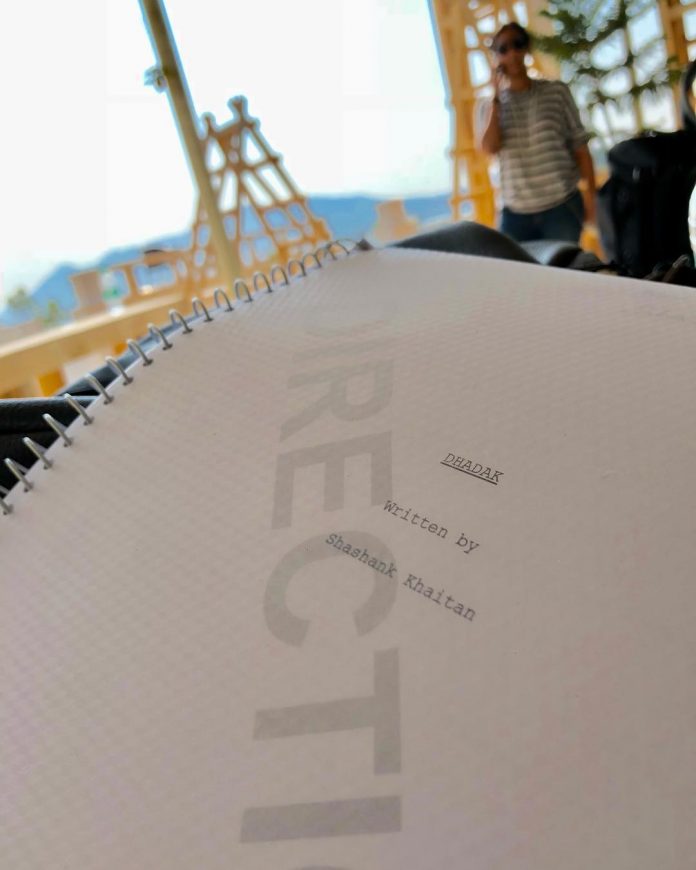 Upcoming film, Dhadak starring newcomers Janhvi Kapoor and Ishaan Khatter has gone on floors. The director of the film, Shashank Khaitan confirmed that the shooting of the Karan Johar’s production has begun.

Dhadak is the official Bollywood remake of the blockbuster Marathi flick, Sairat which was directed by Nagraj Manjule. The Hindi remake will be directed by Shashank Khaitan, who made the announcement on his Instagram page. Khaitan posted a picture which showed him holding the script, and captioned it, “#dhadak @karanjohar @janhvikapoor @ishaan95 … lets do this”.

Reports say that the basic story line will be based on the differences in caste and honor killing like seen in the original, but there will be some adaptation and it will be based in the state of Rajasthan. The film will mark the debut of Janhvi and Ishaan and is produced by Zee Studios and Karan Johar’s Dharma Production.

The makers recently released few posters of the film featuring the young actors. Janhvi and Ishaan looked adorable and lovable in the posters and have already won the hearts of the audience. The music of the upcoming romantic drama is given by Ajay Atul and is expected to be released in theatres on July 6, 2018. Janhvi and Ishaan have already begun preparations for the film.