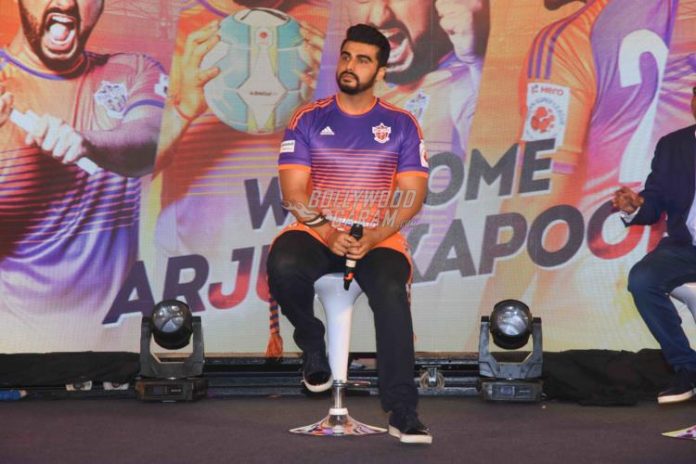 Arjun Kapoor who is currently shooting for the upcoming film, Sandeep Aur Pinky Faraar was assaulted by a man on the sets. The man has been identified as Kamal Kumar and is a driver by profession. The incident happened at Uttarakhand, where Arjun is currently shooting. A report says that Kamal Kumar, was in an abbreviated state and had approached Arjun’s vanity van at Pithoragarh on December 4, 2017.

Kumar said that he wanted to shake hands with him and when Arjun shook hands, Kumar twisted the actor’s hand and manhandled him. Kamal Kumar’s car has been seized by the police under the Motor Vehicle Act and has been fined for Rs. 500 for driving under the influence of alcohol. The police has also requested to cancel Kumar’s license for driving in such a condition.

Arjun in the film plays the role of a cop, who has been assigned high profile cases. The film also stars Parineeti Chopra. This will be the second time Parineeti and Arjun will be working together. The two had made their debut in Bollywood with the film Ishaqzaade. Arjun and Parineeti have also been signed for the film Namaste Canada, which will be the sequel to the Akshay Kumar and Katrina Kaif starrer Namastey London.