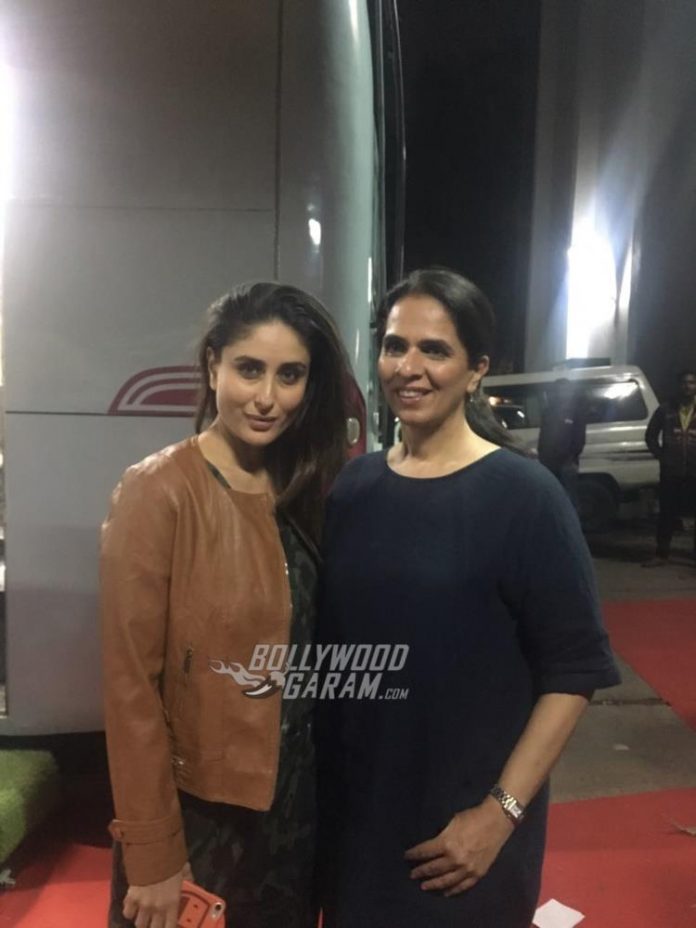 Kareena Kapoor, who is now a mother of an adorable son with husband Saif Ali Khan, has never disappointed with her fashion sense. The Jab We Met actress was snapped with ace designer Anita Dongre at an event in Mumbai on December 6, 2017.

Kareena kept her look simple with a black outfit and a brown jacket, yet managed to maintain her glamour. The designer Anita Dongre was seen in a simple blue outfit.

On the work front, Kareena has got back to work after a long maternity leave and is shooting for the upcoming film Veere Di Wedding. The film also stars Swara Bhaskar, Sonam Kapoor and Shikha Talsania and is produced by Ekta Kapoor and Rhea Kapoor. Kareena’s son Taimur is yet to turn a year older but accompanies mom Kareena to the sets. The actress has many times travelled with Taimur to Delhi, where the first schedule of the film was shot.

The makers had recently unveiled the poster of the film which showed the fun side of the film with all the female characters dressed as grooms. The film is directed by Shashaka Ghosh. The Punjabi family comedy, Veere Di Wedding is expected to be released in theatres on May 18, 2018.