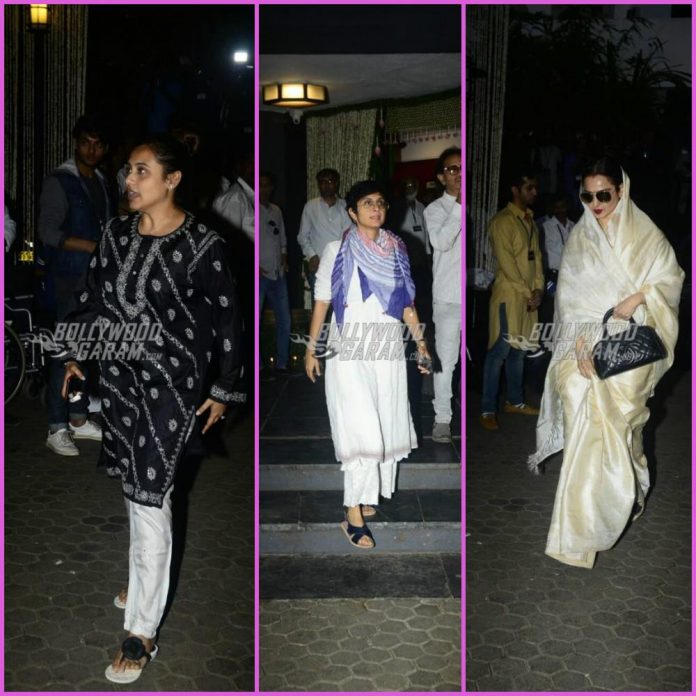 The entire film industry mourned the death of the veteran star Shashi Kapoor, who passed away on December 4, 2017. Celebrities from Bollywood attended the fourth day ceremony held at Prithvi theatre in Mumbai in memory of the actor on December 7, 2017.

The entire Kapoor family seemed inconsolable during the last rites of the veteran actor. The Mumbai police gave three-gun salute to the star to remember his tremendous contribution to cinema. Shashi Kapoor was also wrapped in tri-color for the last rites.

The veteran star has had a marvelous journey in Bollywood for more than four decades and his death was a huge setback for the entire industry. Shashi Kapoor’s father Prithviraj Kapoor wanted to have a permanent place for his theatre group and had even acquired a property in Juhu in Mumbai. But he could not fulfill his wish as he passed away in 1972. But Shashi and his late wife Jennifer Kapoor made sure that his father’s wish was fulfilled and gave birth to the famous Prithvi Theatre.