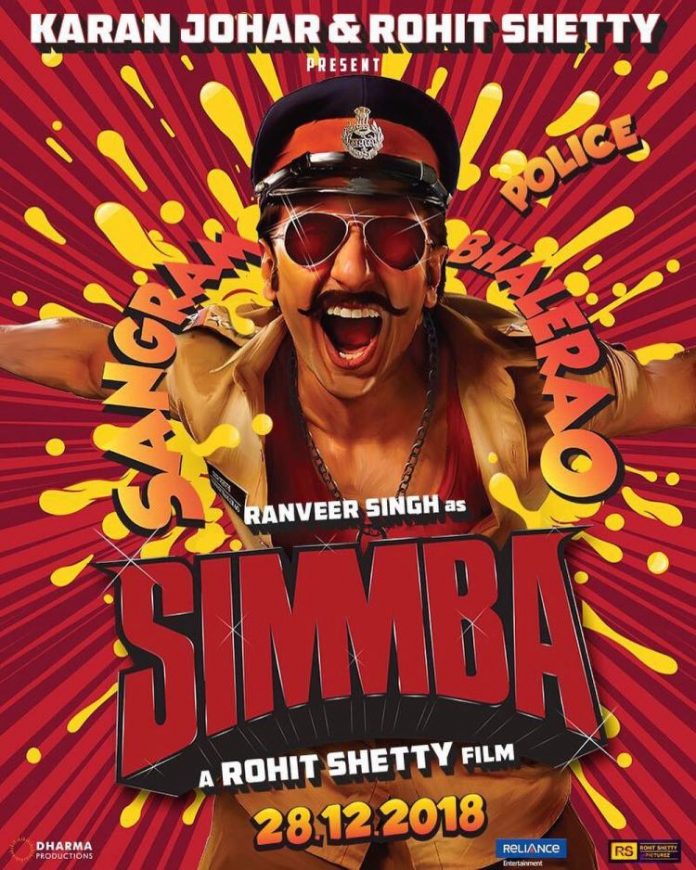 Ranveer Singh has always been a colourful person and has also proved his acting skills on the silvers screens. Ranveer Singh has recently signed a new film with director Rohit Shetty and the makers have shared the first poster of the upcoming film Simmba.

The poster has shown a notorious Ranveer Singh playing a cop and the film has been scheduled to be released on December 28, 2018. The first poster of the film was shared by Ranveer through his Twitter account. Ranveer on the poster looks like a true tapori cop with bright red vest peeping out of the uniform, bright red sunglasses and a silver chain.

Singh wrote a message with the image, “SANGRAM BHALERAO aka #Simmba !!!! #RohitShetty @karanjohar @RelianceEnt @DharmaMovies @RSPicturez.” The film is produced by Karan Johar and Rohit and is the remake of the Telugu film Temper.

Earlier reports had claimed that the makers are postponing the release date from December 21, 2018 to December 28, 2018 so that it does not clashes with Shah Rukh Khan starrer directed by Aanand L. Rai. Ranveer is currently looking forward for the release of his film Padmavati, which is currently groped in controversies. The actor will also soon begin shooting for the upcoming film Gully Boy opposite Alia Bhatt.