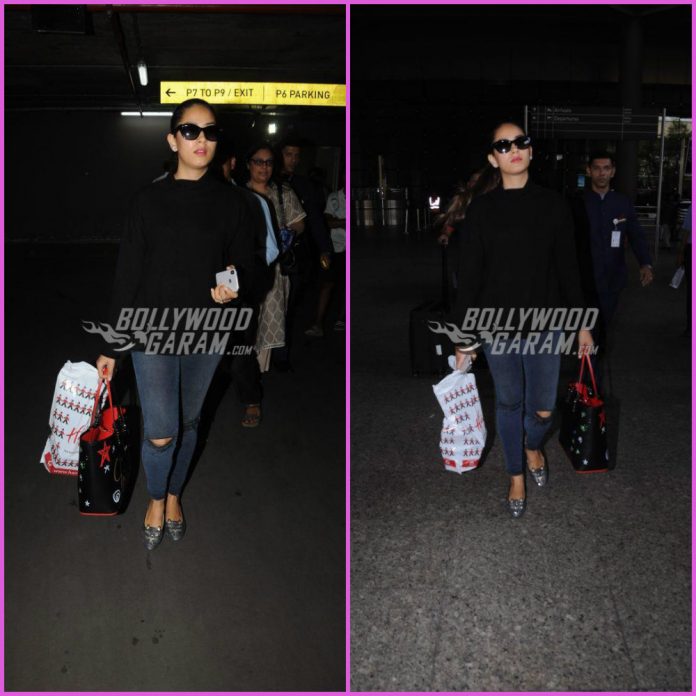 Mira Rajput, got married to Shahid Kapoor in 2015 and since then Mira has been popular among the paparazzi. The 23 year old made a solo appearance at the airport in Mumbai on December 8, 2017.

Mira made a trendy appearance at the airport in a black full-sleeved t-shirt and a pair of ripped denims. The 23 year old’s hands were full with bags as she made her way through the airport. Mira has never disappointed the paparazzi and has always smiled for them.

Shahid Kapoor’s wife in a recent interview had talked about her plans to pursue a career to which she said, “Yes, I would love to work, especially in a field that is creatively stimulating, but also allows me time with family. Perhaps something with food, or lifestyle.”

Shahid on the work front, is looking forward for the release of the upcoming film Padmavati, directed by Sanjay Leela Bhansali, which is surrounded by controversies at present.