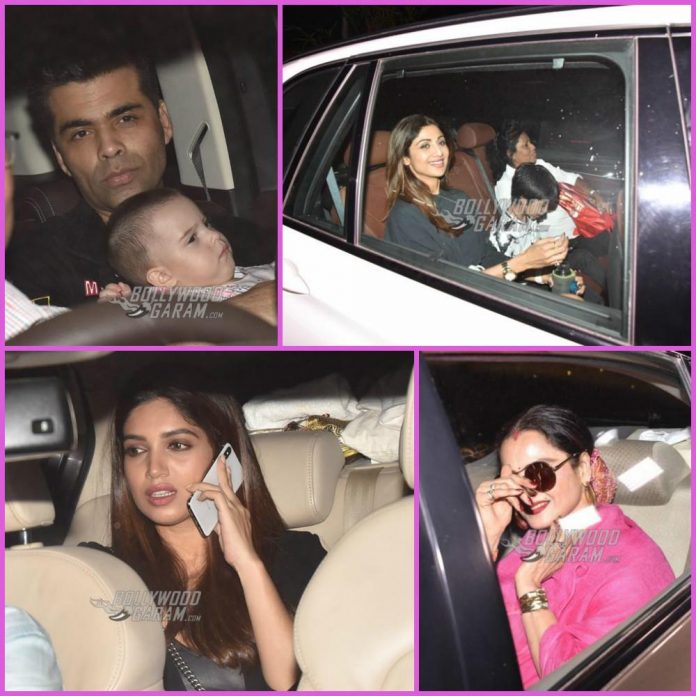 Rani Mukerji and Aditya Chopra’s daughter Adira Chopra turned two years old on December 9, 2017. The family had an intimate celebration for Adira’s first birthday and this year the Chopras decided to make it special for their daughter. Friends and colleagues from Bollywood gathered to join Adira and her parents for her second birthday on December 9, 2017.

Some of the pictures shared on the social media showed mother Rani in a pretty red outfit with white sneakers. Karan Johar arrived with his twins and was seen holding daughter Roohi in his arms. Veteran actress Rekha ditched her golden sari look and was seen in a pink sari instead and was seen bonding with Karan’s son Yash.

Sridevi too looked stunning in a baby pink outfit and while fashionista Kareena Kapoor appeared in a simple yet glamorous look in a grey pullover, a pair of denims and thigh high black boots. On the work front Kareena is preparing for her upcoming film Veere Di Wedding which also stars Sonam Kapoor and Swara Bhaskar.